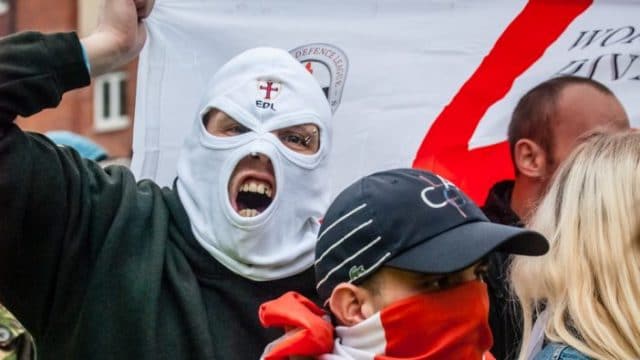 A recent study by the Center for the Study of Hate and Extremism (CSHE) at California State University San Bernardino found that hate crimes across the U.S. have risen by nine percent over the last year including against LGBTQ people, Jews and people of color.

Their study looked at 2,009 cases in 30 U.S. cities and found that hate crimes have been steadily rising since 2014 with some city increases outnumbering decreases nearly two-to-one. Last year’s nine percent rise “marked the fifth consecutive increase in hate crimes, and the steepest rise since 2015,” according to the study.

The most common victims for hate crime reported to police in major cities in 2018 were African Americans, Jews, and Gays, but Whites and Jews experienced the biggest percentage increases, as anti-Semitic hate crimes and assaults also rose internationally. Jews were the direct target of half of the bias/extremist homicides in 2018, in the worst year ever for anti-Semitic killings in the United States.

Black people remain those most targeted by hate crimes. 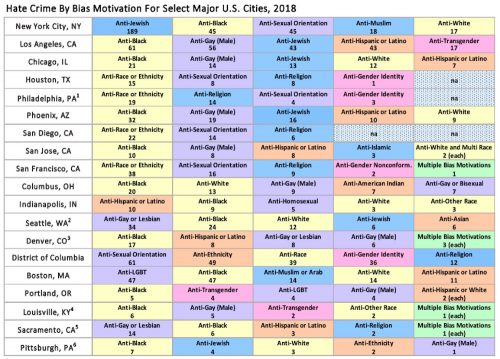 A chart showing the groups targeted most by hate crimes in 19 U.S. cities. CSHE

To avoid similar rises in the future, CSHE is urging politicians to use the bully pulpit to highlight communal values and inclusivity, while condemning the moral depravity of prejudice and hate crime and to announce new initiatives against hate crimes.

CSHE describes itself as “a two-decade old non-partisan independent research and policy institution focusing on the latest and most detailed trend analysis for hate crime and extremism across both borders and the ideological spectrum.”

False reports constitute less than one percent of all reported hate crimes.