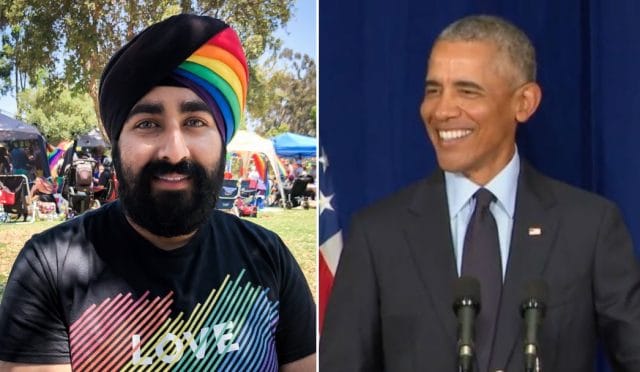 In a touching tweet, former President Barack Obama praised Jiwandeep Kohli for posting a now-viral photo in a rainbow turban to celebrate his identity as a bisexual Sikh during Pride Month.

Obama told Kohli, a clinical psychology graduate student and former contestant on “The Great American Baking Show,” that he had “a lot to be proud of.”

“Thanks for everything you do to make this country a little more equal. Turban looks great, by the way,” the former president wrote.

You’ve got a lot to be proud of, Jiwandeep. Thanks for everything you do to make this country a little more equal. Turban looks great, by the way. Happy Pride Month, everybody! https://t.co/SO7mgnOkgl

Kohli shared the viral post on Saturday, writing that he was proud of be a “bisexual bearded baking brain scientist.”

“I feel fortunate to be able to express all these aspects of my identity, and will continue to work toward ensuring the same freedom for others,” he wrote.