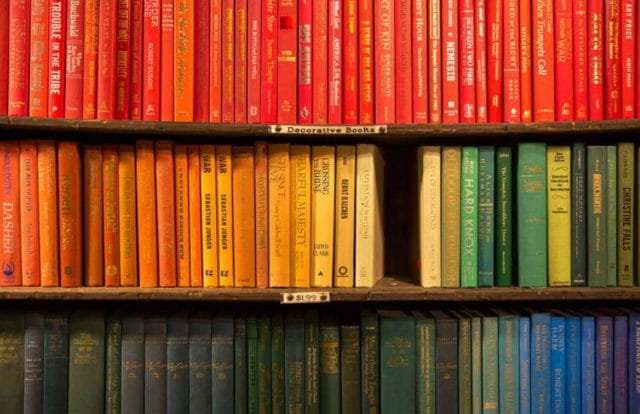 A Republican politician in Ohio successfully got an LGBTI event canceled at a public library after writing a letter calling the event a ‘stunningly bizarre breach of the public trust’.

The Licking County Library had an event called A Universe of Stories – Galaxy of Diversity scheduled for 7 June. It was an after-hours event aimed at teens.

The event had several activities, including a drag queen offering celestial makeup tutorials, a safe-sex program, and rainbow arts and crafts.

Ohio House Speaker Larry Householder (R) learned about the event following backlash to it on social media. That’s when he took it upon himself to write a letter to the Licking County Library System opposing it.

‘When I was first informed our public libraries were being used to teach teenage boys how to become drag queens, I thought it was a joke,’ he wrote.

‘But the joke is apparently on the taxpayers, who fund our libraries. This is a stunningly bizarre breach of the public trust. And it must stop.’

Householder further discussed the importance of libraries for youth.

‘Let me be crystal clear,’ he wrote in the letter. ‘This isn’t about banning books or banning thought or any other red herring argument. This is about right and wrong.

‘Our libraries are an incubator for thoughts and ideas, for debate and discussion. On this point, we all can agree.

‘But I can also assure you the taxpayers aren’t interested in seeing their hard-earned dollars being used to teach teenage boys how to become drag queens.’

He ended the letter: ‘I expect this to end immediately.’

Initially, the Newark Ohio Pride Coalition released a statement defending the event. They explained in the statement they funded the event through an independent grant, rather than through tax money.

‘We are also interested in our local library using public resources to support their robust programming,’ the organization stated. ‘With that in mind, we decided to fully fund this program for the teenagers in our community, rather than expecting the Licking County Library to do so.’

The statement concluded: ‘We would like to conclude our statement by publicly asking Speaker Larry Householder to respect the civil liberties of Newark, Ohio’s residents.

‘We also ask that, in the future, Speaker Householder take the time to gather accurate facts, prior to issuing a factually inaccurate response to a program hosted by and for our community.’

By Friday, however, organizers canceled the event.

The library added the decision to cancel the event was ‘due to pressure from state-wide elected officials’.

According to the , Licking County Library Director Babette Wofter said it became too difficult to control misinformation around the event that she thought it best to cancel it.

The Newark Ohio Pride Coalition will still be holding the event, but now at a different, as-of-yet undecided location.

Last week, another library in Ohio had to cancel an LGBTI event .