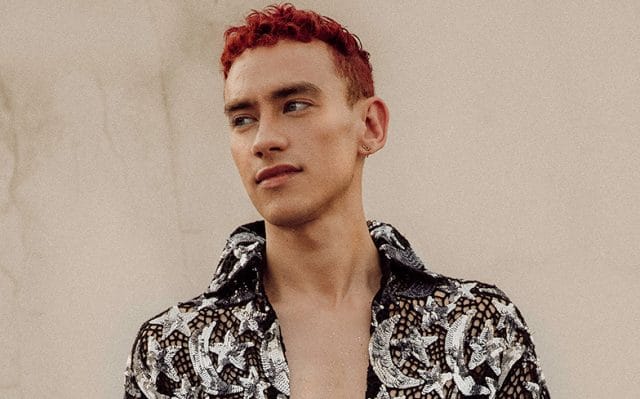 During Years & Years’ Glastonbury set on Sunday, lead singer Olly Alexander paused their performance to speak to the audience about queer issues with reference to the 50th anniversary of the Stonewall Riots in New York.

The set was filled with an abundance of unapologetic queerness, including passionate kisses between the male dancers.

During the set, Olly paused and talked to the audience, opening up about his struggles with his sexuality and highlighting the continued issues the queer community face in the present day claiming, “The fight is not over”.

Empowering messages appeared on the stage screens including “Queer is Beautiful,” but also homophobic messages that had seem to have been directed at Olly in the past such as “I don’t like gays, they’re disgusting but this is a banger” and “He’s a bit too gay, Just creeps me out”.

Alexander said “I’m gay and I talk about being gay a lot” and “some people wish I could shut-up about it sometimes – but I have my reasons”.

He went on to add: “I spent a lot of time feeling ashamed but now I’m making up for lost time, the only reason I’m able to be here is because of the people who fought for the rights of LGBTQ people.

“If you haven’t heard of the Stonewall riots before, they were riots led by black trans women and other queer people of colour – since that event the world has changed so much in 50 years”.

Alexander finished his speech by saying, “there is no true LGBT equality until racism is over, sexism is over – until ableism, bigotry, climate change is over… we have to help each other out”.

Olly Alexander has been a vocal advocate for the LGBTQ+ community and even at one point in his career he was advised to not come out in attempt to secure a record deal.

Watch his empowering speech at Glastonbury below.