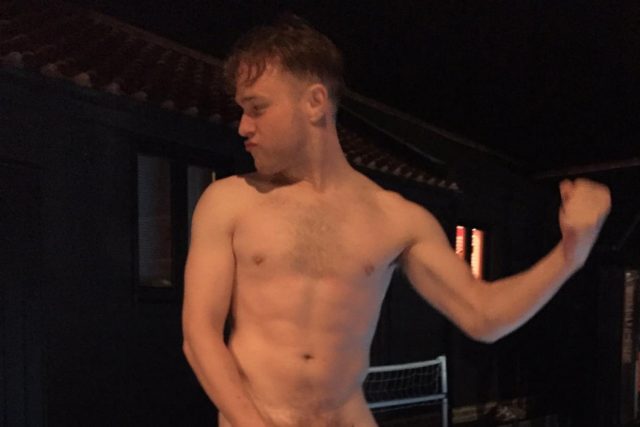 Olly Murs shows off his love for pineapples in a new naked pic.

Olly Murs isn’t the kind of a guy to shy away from showing off his body. Back in May he celebrated a football win on Instagram by sharing a nude locker room snap.

He’s also shared before and after pictures on Instagram, showing off his honed physique to the world.

This is what happened to @ollymurs when we had 12 weeks training to get tour ready? During the 12 weeks we trained 3 times a week and Olly had 3 weeks where he didn't train. The tour itself was fantastic and it was great to see Olly improve every night as his strength, fitness, mobility and performance grew. This is what it's like to be trained by @rob_solly Picture taken from @ollymurs new book On The Road out now. #ollymurs #xfactor #xfactoruk #personaltrainer #performancecoach #personaltraining #agilityhealthperformance #trainingoutdoors #outdoorstraining #techniqueovereverything #nextleveltraining#client #health #diet #nutrition #coach #nutritioncoach #mma #BJJ #boxing #thaiboxing #muaithai #lowcarb #healthy #lifestyle #metabolism #instafood #fitfam #fit #physique ➖➖➖➖➖➖➖➖➖➖➖➖➖➖➖ ? www.robsolly.com ➖➖➖➖➖➖➖➖➖➖➖➖➖ Twitter – @robsolly ➖➖➖➖➖➖➖➖➖➖➖➖➖

And if that isn’t enough for you, he’s gone and done it all again.

Murs appeared on Friday’s Lorraine and joked that he was a bit of a “naturist” on Twitter before sharing a very naked photo.

The photo features Murs holding a pineapple to cover his manhood while flexing his muscles.

Murs has been busy preparing for the release of his fifth studio album, 24HRS, and his 2017 tour.

Will we see more of this? We certainly hope so!