Home Gay Life Olympic diver Matthew Mitcham gets engaged: ‘He got down on both knees’ 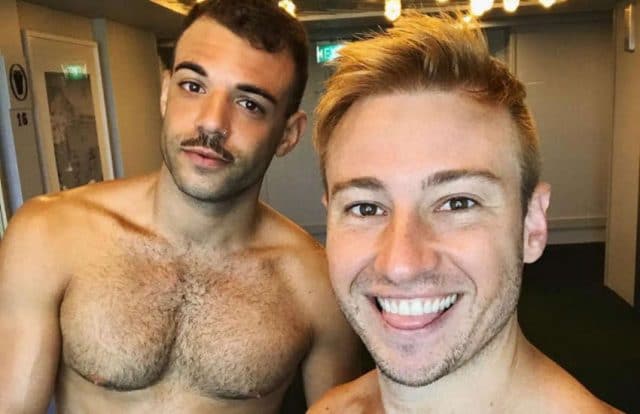 ‘He got down on both knees,’ Mitcham wrote on Instagram. ‘I said yes, and now we’re engaged.’

Rutherford also took to social media to announce the engagement.

‘He said yes,’ Rutherford wrote. ‘I’m the luckiest man in the world.’

Rutherford proposed to Mitcham in Oxfordshire, UK — where the couple moved to in March this year.

The pair met through mutual friends and have been together for almost seven months.

Mitcham said in a recent Instagram post: ‘I’ve been with this funny, passionate, energetic, caring, fun-loving, handsome man for six months. The longest six months of my life, but mostly because of how much we’ve crammed into them. [Luke], thanks for being the Ricky Ricardo to my Lucy.’

But just before he flew out to compete, he publicly came out as gay.

He said at the time: ‘I don’t see sexuality as influencing my beliefs or opinions or perceptions of anybody, whether they’re gay, straight, bi, trans, experimental, I don’t care. I see it as a very uninfluential factor in people.’

After his victory at the Olympics, he became the first openly gay athlete to win an Olympic gold medal. 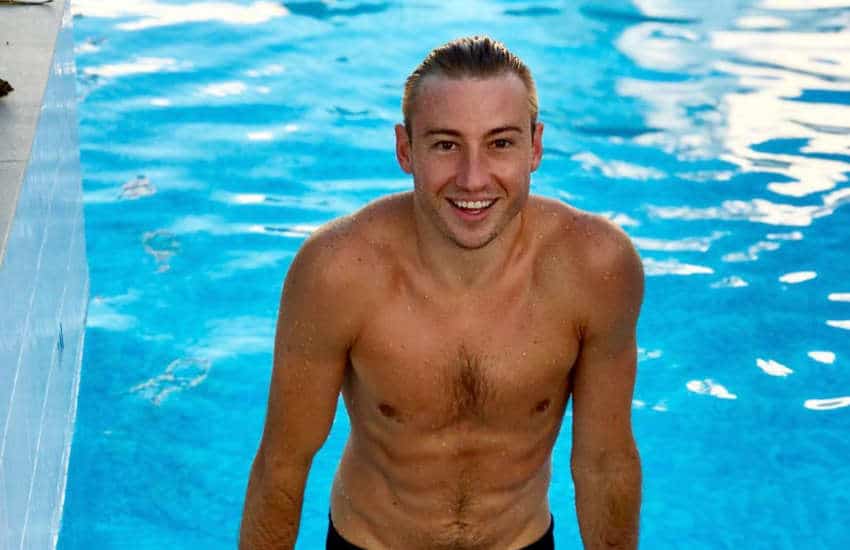 ‘It’s official: I have decided to finally retire after a looooooooong but very rewarding diving career,’ he said at the time.

‘So much gratitude to my long suffering partner Lachlan, Chava, NSWIS, DA, family, friends and all you friends I haven’t had the pleasure of meeting yet! I remember the support I got when I came out before my Olympic debut in 2008 and it helped me to keep sharing my story just as candidly.

‘So, it’s Peace Out to my diving career and a big Heeeeeeey to the rest of my media and entertainment and everything else career!’