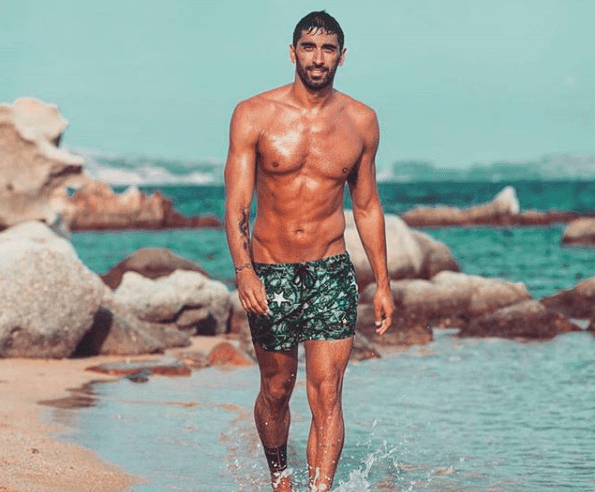 Italian Olympic swimmer Filippo Magnini was sunbathing on Cala Sinzias beach in Sardinia last weekend when he heard someone crying for help.

It was a gay newlywed. He was drowning in the ocean after being knocked off his inflatable unicorn float by a wave.

The 37-year-old world champion quickly leaped into action. He dove into the water and swam out to the drowning man, Andrea Benedetto, who had just married his boyfriend two days earlier in nearby Cagliari.

According to eye witnesses, the newlyweds had been lounging on the inflatable unicorn when a wave struck and Benedetto was catapulted into the water.

Unable to move his limbs due to a medical condition, Benedetto started to drown. His husband jumped in after him, but was unable to keep Benedetto’s head above water.

To make matters worse, a strong gust of wind carried the inflatable uniform away, leaving the men stranded.

“The bather was in a lot of trouble,” Magnini, who won gold medals at the World Championships in both 2005 and 2007, later told Italian paper Corriere dello Sport.

“He was quite frightened. He was really stuck and had swallowed some seawater. When I reached him, he wasn’t even able to speak, and it wasn’t easy to lift him onto the raft, so we laid him on an airbed that some other bathers had nearby.”

After being brought safely ashore, Benedetto was treated by a doctor and then rushed to a nearby hospital where it was determined his condition was not life-threatening.

“When I became conscious my first thought was about my husband,” he later told the BBC.

It wasn’t until hours later that he learned just who had rescued him.

“A few hours after the accident, I was at the hospital when I realized that Filippo Magnini was the man who saved my life, but I didn’t have any chance to thank him as I have no contact with him.”

“I hope to be able to thank him in person.”