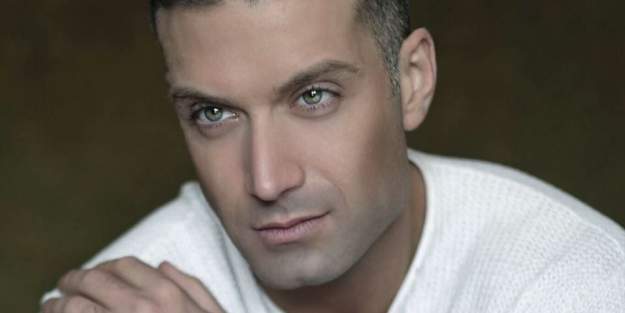 Do we all have it good? There are many of us that have a great job, a wonderful roof over our heads, and not too many worries that our sexuality is an issue with those and the community around us. Life could always be better, a heck of a lot better, but the core is there and strong.

But there are many that don’t and we hear from them, too. There are messages weekly that say “can you help me” , “life is hard here”, “how do I make change happen?” Those are hard to read, especially when all you can offer are words of encouragement.

Actor and activist Omar Sharif Jr. opened up in an op-ed for Hornet titled A Voice for the Voiceless: Amidst a Brutal Crackdown, This Gay Egyptian Looks for Hope. The piece shares what it’s like being a gay Egyptian in the public eye and the weight it carries both in the United States and in Egypt.

Every morning I wake up to an inbox flooded with disturbing and disheartening messages out of Egypt. The messages come from friends and strangers alike, members of the gay Egyptian community I left behind five years ago when I came out as gay and withdrew from the country, hounded by threats of violence, intimidation and even death. The message writers are desperate to do what I did: escape a country gripped by an outbreak of homophobic persecution. Failing that, far too many of the writers say, they want to escape their lives. I do not know what to tell them. I would like to offer them hope. I would like it not to be false hope.

We could not imagine being a beacon for LGBT youth from a whole nation like Omar is. That is a great amount of pressure.

When I came out in 2012, I wanted to use my status as a relatively public figure — grandson of two of Egypt’s most beloved celebrities — to push LGBTQ acceptance through what I then assumed would be our darkest hour. Unfortunately, since then conditions have only worsened, and the country is now gripped by a brutal crackdown against some of its most vulnerable citizens.

Omar Sharif, Jr. continues on to talk about the concert in Cairo where rainbow flags were waived in support of the band’s gay singer. He mentions how gay Egyptian people make for convenient scapegoats, already living in the shadows.

His advice for youth in Egypt: I can’t tell the young gay Egyptians who message me to come out en masse; I don’t want them to be cannon fodder for my ideals. I can’t even tell them to come out to their own families; few of them had the liberalizing experiences my grandparents did, working on movies with people from all walks of life. So I tell them to be safe, to be careful, to hang on.

He also mentions not talking about these issues, the letters, the anti-LGBT politics of Egypt. He especially does not mention them with his American friends. But he does not hide from his Eguptian heritage, but he still has “fierce patriotism and pride” for his country.

I try to offer LGBTQ Egyptians a form of hope I can believe in, that the entire history of human progress is a continual journey towards inclusivity. Once people have had their first taste of community, of love, of freedom, of a chance to live their authentic identities, there is no dam that can hold it back.

I wish I could tell the people who write me messages how long they will have to wait to feel safe in their own country. That answer will partly come down to the country’s access to positive gay Egyptian representations in media, since storytelling is still one of the most effective ways to change perception; for now such stories are censored. It will partly come down to a commitment from institutions like the World Bank to safeguard LGBTQ people by making respect for all human rights a condition of investment.

You can read more of Omar Sharif Jr.’s statements about his country and the hope and love he wants to share with all.

Omar spoke of Egyptians reaching out to him. We have a lot of readers from other nations than just the United States. When it comes to LGBT celebrities … (Of course Americans can answer, too!)

Who do you look up to in or from your nation?

Who do you see as someone you can reach out to concerning LGBTQ issues?

Whom have you reached out to with a letter or a Tweet and have you received a response?