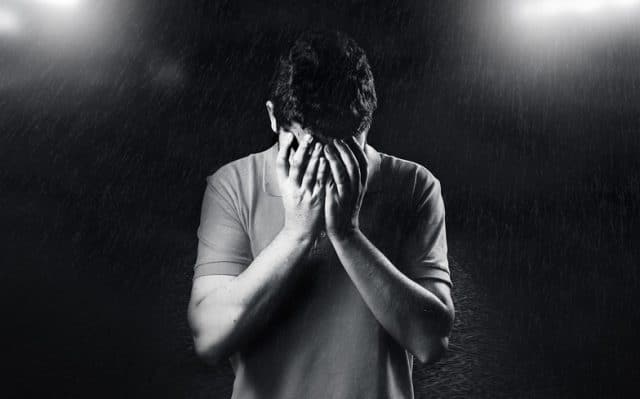 The worrying statistics come as part of a new survey commissioned by the Mental Health Foundation and conducted by YouGov, which examines the way people think and feel about their bodies.

Similarly, one third (33%) of adults who identify as gay, lesbian, bisexual or other said they’ve experienced suicidal thoughts or feelings because of their body image, compared to 11% of the adults who identified as heterosexual.

The statistics were especially disproportionate for bisexual respondents, with nearly four in ten (39%) experiencing suicidal thoughts and almost half (45%) feeling “disgusted” because of their body image.

Other survey findings show that 29% of bisexual respondents have deliberately hurt themselves because of their body image, as have 15% of gay men and lesbians.

“Millions of adults across the UK are struggling with concerns about their body image, but of all the groups surveyed, the LGBT+ community is most likely to be affected,” said Toni Giugliano, Policy and Public Affairs Manager at the Mental Health Foundation.

“Large numbers of LGBT+ people have said they have self-harmed or had suicidal thoughts and feelings or have felt anxious or depressed about their bodies.

“Research has shown that sexual minority men feel under pressure to hold an appearance that is centred on looking slim and athletic. Pressures to live up to those ideals can have a negative impact on their emotional health.

Toni explained that the research identified social media as “a key influence” that caused LGBTQ people to worry about their body image.

“The main picture from our survey was one in which commercial, social media and advertising pressures on body image are contributing to mental health problems for millions of people,” he continued.

“This social harm has been allowed to develop largely unchecked. While there have been some positive initiatives, social media companies have frequently been unwilling to take the necessary steps to protect their users from harmful content.

“That is why one of our key asks is for the UK Government to make preventing the promotion of unhealthy or idealised body image images a specific part of its forthcoming regulation strategy.”