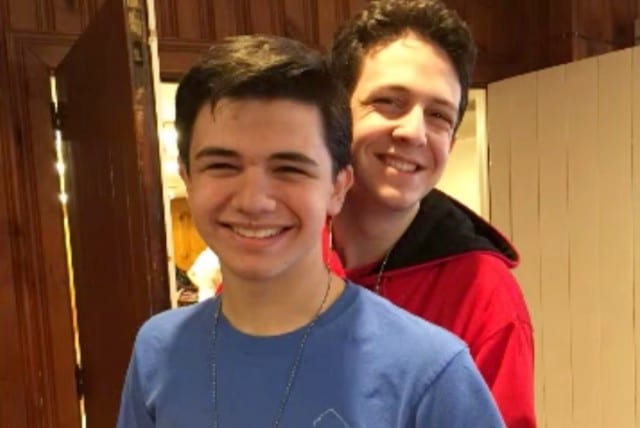 Ari asked the honour of having his classmate Mark to go to their prom together being a couple.

The reaction of both was just beautiful.

His speech Ari started with reflecting on his time spent at school: “These past four years have been the best of my life… There’s no other way to put it. I’ve made so many friends and had such an incredible time that I will never forget what experiences I’ve had here. This has become an incredible place for me to really be my home away from home.

Then he added: “I have never felt so included, so safe, so accepted for who I am here.”

Going around the clarroom, he continued his speech: “On that note, some people have been asking me why I’m so well-dressed. Well, I spent four years in the closet. I might as well have been doing something other than learning to read in the dark. For those of you who might not know, for those of whom it’s not obvious, I’m not really one for labels, but I can say with absolute certainty that I’m not what you would call straight, heterosexual, whatever.”

And finally he told the words which he was eager to tell for his entire life: “On an unrelated note – Hey, Mark, would you do me the honor as a leader, as a friend, to go to prom with me?”

Everyone was shoked even Mark was a bit confused but happy because going to prom with a guy was his dream. Watch his reaction in a video below:

Guys thank all their friends and family for endless support!