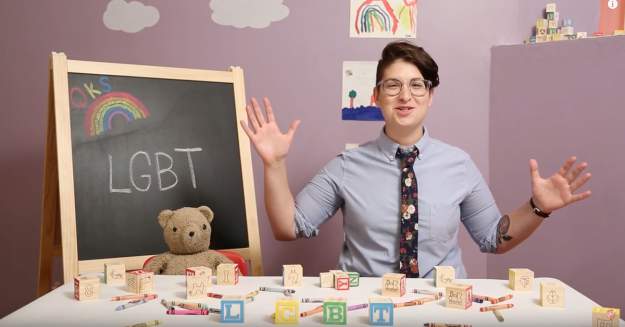 This YouTuber is facing backlash for teaching kids about the meanings of the LGBTQ-alphabet.

According to GayRVA, YouTuber Lindsay Amer, who uses they/them pronouns, says that they want their channel called Queer Kid Stuff to be the Sesame Street or Mister Roger’s Neighborhood of YouTube.

Every episode, Amer, and co-host Teddy the teddy bear, break down different sexualities, gender identities, and terms within the LGBTQ umbrella in a format created especially for younger viewers.

While the channel has gained 17,000 subscribers and each video earns an average of about 100,000, the show has also garnered controversy.

While there is need for conversation and education of younger viewers looking for answers about LGBTQ concepts and issues, some have found Queer Kid Stuff to be offensive to the channel for focusing on children around the toddler age.

In response, an online petition has appeared that says Queer Kid Stuff is unsuitable for children.

“The young lady responsible for the Queer Kid Stuff YouTube Channel, is making videos that are ideological and political. The videos on the channel explain what LGBTQ+ is, to a target audience of toddlers, telling them it’s not only OK to be LGBTQ+, but that it’s cool, unique and makes you special, and almost better than cis.”

While the idea of teaching young children about sexuality and gender identity is a certainly a tight rope act in terms of responsibility and timing, there is also a counterargument that can be had against these petitioners.

For instance, it’s not like Amer is out forcibly teaching kids this content. They are only providing the content in case any younger viewers later become curious and search for answers about LGBTQ concepts.

That said, is it really ok to be focusing on children at the kindergarten level? How many 3 to 5-year-olds (the age of children watching Sesame Street and Mr. Roger’s Neighborhood) are looking up what bisexual means?

Because of the pushback, Amer has had to remain on the defense. Ultimately, Amer says that they take the time to read every comment that appears on the channel to filter out hate speech or comments from neo-Nazis. This is all to make sure that the channel remains family-friendly.

In an article they penned for Business Insider, Amer shared their tips for how to get past online trolls and haters. They also shared a little secret.

“I’m going to let you in on a little secret. The joke’s on them. My videos are monetized. I get roughly a dollar for every thousand views. I literally have a penny for every name they called me. Their hate is putting money directly in my pocket. And that’s truly how I sleep at night.” 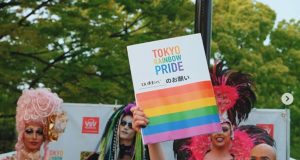 Here are the best photos from the Tokyo Pride Parade

Nick Gayer
0
The parade was held in the world-famous Shibuya ward, which was the first to allow same-sex couples to get marriage certificates As Japan makes slow... 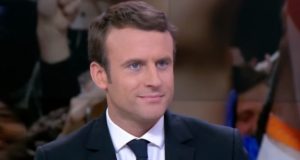 Nick Gayer
0
With the United States showing no signs of doing the same, France has started taking in gay refugees from Chechnya. “The first gay Chechen refugee...