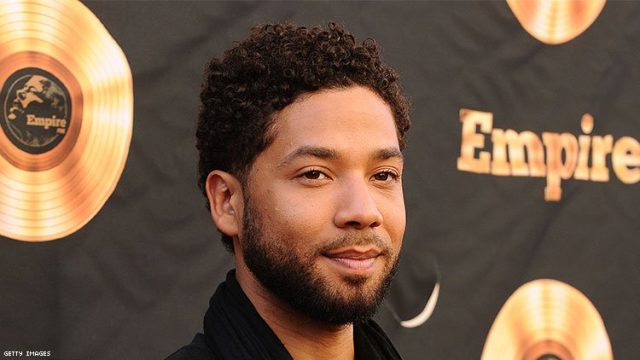 It was just a few weeks ago when news first surfaced that Jussie Smollett said he was attacked as racist and homophobic slurs were hurled at him. Each day since then has been eventful, to say the least: Like the best roller coasters, the investigation of his claims has had so many highs and lows, speculative twists, and unconfirmed turns that it was hard for many to believe the Empire actor was indeed a victim. I was not one of them. I chose, and choose, to come from a place of believing people who say they’ve been victimized. And for this, in spite of the charges against him and in the words of Queen Bey, “I ain’t sorry!”

I have to admit that, when word about the alleged attack started spreading on social media, I was emotional. I immediately flashed back to my own run-in with a man who wanted to hurt me because of how I show up in the world. My eyes watered as I was again confronted with the notion that visibility alone doesn’t protect Black LGBTQ+ people, that no matter how out and proud we are, such self-assuredness can also be a target. The 49 people killed and 53 others wounded in the Pulse nightclub mass shooting also came to mind — how these queer, mostly Latinx people and their friends were gunned down in what was supposed to be their sanctuary. What Smollett said happened to him was something all too familiar.

Two days ago, the Chicago Police Department charged Smollett with a Class 4 felony for falsifying a police report. Prosecutor Risa Lanier offered a detailed account of the investigation which, she says, proves the actor staged the incident and paid his assailants. She cites a heap of interviews, phone records, and surveillance footage as evidence. After Smollett turned himself in and posted bail, it was announced that his character was written out of the final two episodes of Empire, which is currently filming its fifth season.

Smollett has not yet released a statement, but his lawyers Todd Pugh and Victor Henderson told Deadline on Thursday: “Like any other citizen, Mr. Smollett enjoys the presumption of innocence, particularly when there has been an investigation like this one where information, both true and false, has been repeatedly leaked. Given these circumstances, we intend to conduct a thorough investigation and to mount an aggressive defense.”

For the better part of a week now, my own social media has been a shitshow. As more and more leaks from CPD occured, leading up to eventual charges, self-identified conservatives, bots, and other detractors flooded my mentions and DMs.

“Should we still believe Jussie lol,” someone wrote on Twitter.

“Crickets on Smollet from the great value version of Shaun King, @TrevellAnderson. Shocker,” said another. (I confess, this one gave me a much-needed cackle.)

I’m struck by people’s elation that Smollett possibly lied about his attack. It’s as if they feel vindicated that the evidence might justify the anti-Black and anti-queer intentions in which some of their skepticism was rooted. But what the response confirms for me is that, as a society, we aren’t as progressive and forward-thinking as we’d like to believe.

For the sake of clarity, if Jussie Smollett lied, he should be held accountable. I’m unsure if that should be done in a court of law, public opinion, or otherwise, but he will have to atone. But asking those of us who supported Smollett to apologize or change course? Don’t expect it — not from me, at least.

When it comes down to people coming forward and saying they have been violated — physically, emotionally, sexually, etc. — I will always initially verbalize a belief in their claims. Doing so helps to shift the culture, ever so slightly, in a direction of empathy and meaningful aid for those who need it most.

As Tarana Burke, founder of the Me Too Movement said on Twitter, “We say ‘believe survivors’ because it is the first step toward transformation and because it requires empathy but it also, often, expands our understanding of what bodily autonomy looks like.”

“By saying *believe* survivors, be clear that it means START with the premise that folks aren’t lying and then handle the disclosure with the seriousness and gravity it deserves until a satisfactory solution is reached,” she continued.

There are many reasons victims don’t publicly disclose incidents they experience — fear of and mistrust in the police are chief among them. But let us all remember that only between 2% and 8% of hate crime reports are hoaxes, “a tiny number,” according to the Southern Poverty Law Center, when compared to the many instances even the federal government contends go unreported. And our culture has only just begun to reckon with what happens when victims are loudly, proudly heard, thanks in no small part to the #BlackLivesMatter, #MeToo, and #TimesUp movements.

Some have said that Smollett, what with a story they believe was absurd and stranger than fiction from the beginning, didn’t deserve this benefit of the doubt. They say those of us who believed him — and not unconfirmed leaks from a CPD that has rightfully earned everyone’s skepticism — were blinded by identity politics and a hatred for Donald Trump and his MAGA supporters. But we do ourselves a disservice by picking and choosing who we believe, and I don’t need an attack on a Black gay man by Trump supporters to know that his administration doesn’t truly care about Black, queer, or Black queer people.

Surely, there are a number of takeaways that this circus and alleged stunt teaches us. Most of all though, is the realization that far too many people still don’t believe victims, and perhaps after this, they never will. But it’s not Smollett’s fault. Y’all weren’t believing them before him anyway.