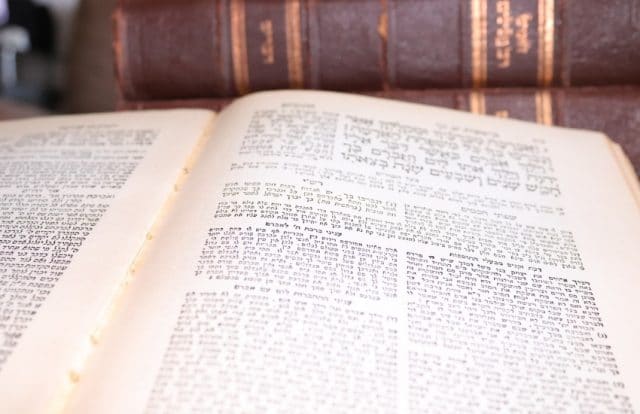 27-year-old Daniel Atwood, a gay man, has officially been ordained by an Orthodox rabbi in Jerusalem, Israel. This comes after a yeshiva in Riverdale, New York earlier this year.

The Reconstructionist and Reform movements of Judaism began ordaining gay rabbis in the 1980s. The Conservative movement began doing the same in 2006. Now, for the first time, an Orthodox ordination occurred, despite controversy.

Prominent American-Israeli rabbi Daniel Landes Atwood the ordination at the Jerusalem Theater on Saturday, 25 May. The ceremony was attended by approximately 200 people.

Back in 2016, Landes ordained eight women to be Orthodox rabbis at this same venue.

‘I was told three years ago that my giving woman semicha [ordination] would create chaos and damage them and their families and dumb-down Torah learning. The opposite has been the case,’ Landes said during the ceremony.

‘Here’s the real question. Is our Torah and halachic system so weak and devoid of resources that it cannot be challenged by a new situation?’ Landes asked the audiences rhetorically.

‘I feel very excited to be receiving semicha and very grateful to Rabbi Landes and Yashrut for taking me on,’ Atwood told the Jewish Telegraphic Agency (JTA). He added, however, that he was saddened that he was not with the students and teachers he got to know over the years at New York’s Yeshivat Chovevei Torah.

Atwood feels the responsibility to be a representative of Orthodox LGBTI Jews ‘very strongly.’ Though he doesn’t set out to become a symbol, he hopes to become a ‘rabbinic presence for LGBT [Jews] and Jews of all sorts, whatever their orientation, who feel left out.’

‘[Gay Orthodox Jews] are demanding a place and I think that having spiritual leadership guide that along is important.’

Atwood also downplayed the contradiction between his Orthodox Jewish identity and his LGBTI identity. He is not ‘looking for labels that are going to get in the way of the good work that needs to be done.’

Atwood’s fiancé, Judah Gavant, told JTA that he’s very proud of his partner and their whole community. He said Atwood’s ordination was ‘moving things forward and making a Jewish world that is available to more people that want to be a part of it.’

‘I think that people really trying to serve the Jewish people should be looked after,’ Landes told JTA. ‘And when they are totally outstanding I want to be helpful.’