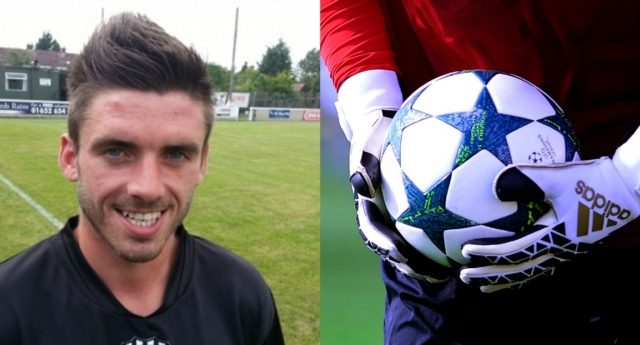 The UK’s first openly gay footballer has spoken out about his experience of coming out – and it’s not positive.

Liam Davis, a winger for Gainsborough Trinity, came out in an interview with the Lincolnshire Echo.

But he’s now said it’s not been easy coming out.

Commenting on Greg Clarke’s comments about gay players coming out, the semi pro player says being the first out player is like being a “sacrificial lamb”.

Davis told SunSport: “Although, in principle, I welcome the sentiment of what Greg is saying in trying to dilute the focus, I still fear the spotlight will end up on the most high-profile player of that group.

“Everyone will be interested in the England star or top Premier League name rather than the ones at the more unfashionable clubs.

“Also by doing it as a group it’ll almost feel as though it’s some big gay celebration day.

“Although I welcome that the FA are thinking and talking about this issue, it’s strange that Greg has changed his tune a bit.

“Not long ago, he was saying how he didn’t feel football was the right environment yet for someone to come out as gay. Now it is.”

He now fears the first pro player would be subjected to a huge circus.

He said: “It almost would feel as though he’d be a sacrificial lamb as the trailblazer.

“The reaction from inside the game – from players, coaches, management – will not be a problem.

“There aren’t many old-school managers anymore who are stuck in their ways – and, even if they were, there are enough people around nowadays to put them in their place.

“Team-mates wise, unless it’s people who come over to this country with a different view, a gay footballer is going to get backed to the hilt.

“It’s the outside influences that will be his big worry.

“Someone at Premier League level would be concerned about it all becoming a big circus around him.

“The spotlight will be on that person for being the first openly gay Premier League footballer.”

In his coming out interview, after first telling friends in 2013, Davis said: “I personally hope that over the next 10 years I’m not the only gay footballer out there.

“Nobody wants to be forced out, but I hope they can look and see there is someone out there who has done it. I hope we can get to a stage where it is not a bad thing, that there is no problem and people just get on with it.”

On coming out to his team, he said: “The goalkeeper Phil Barnes brought it up with me at the bar.

“I don’t know if it was a bit of Dutch courage that made me talk about it, but I think the way Phil asked helped as well.

“He did it in a jokey way which broke the ice and that was good.”

Last week, 31-year-old Hitzlsperger made headlines around the world, after he revealed he is gay to a German newspaper.

Justin Fashanu was the first professional footballer in Britain to come out, in 1990, before he took his own life eight years later, aged 37.

Former Leeds and US winger Robbie Rogers came out as gay and quit English football in February 2013.