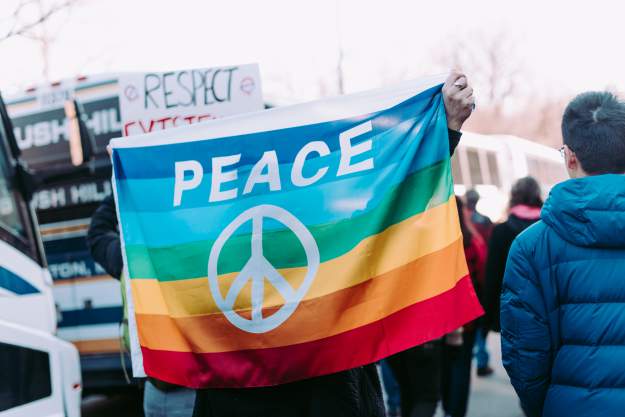 A high school in Banks, Oregon is knee-deep in controversy after a student hung up a rainbow flag.

16-year-old Sam Munda, who’s a student at Banks High School, put up the flag to promote the message that their class was a safe space for LGBTQ kids like them.

“There are a lot of LGBTQ youth in Banks, which most people don’t know about,” Munda told the Oregonian, “because they are scared that they’re going to get bullied or they aren’t going to be accepted and they’re going to be treated different. And so, having put up the flag, it was a way to say that Banks High School is a safe place and a supportive community.”

Sadly, the community didn’t receive the flag that way. Instead, they reacted in the negative manner Munda was trying to prevent. 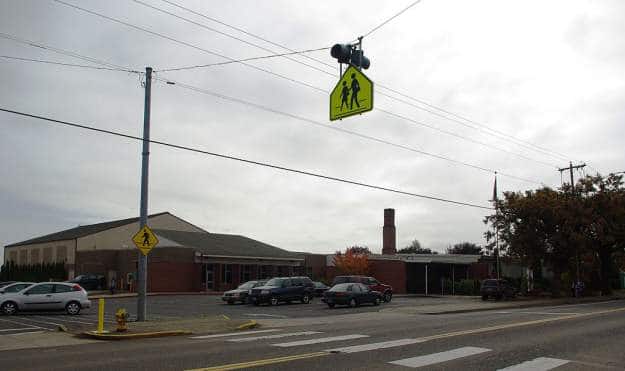 Trouble started when a concerned parent, by the name of Rachel, called a conservative talk radio show hosted by Lars Larson.

Rachel informed Larson of a story her son had told her. The story goes that, “Two teachers in his school [had] taken down the American flag and replaced it with a gay flag.”

This then caused a storm of outraged and concerned parents. Many complained to the school board, complained on social media, and signed an online petition to take the flag down (which is currently sitting at 155+ signatures).

Despite the Superintendent sending out a press release denying that any American flags were taken down, parents and community members are still raging. 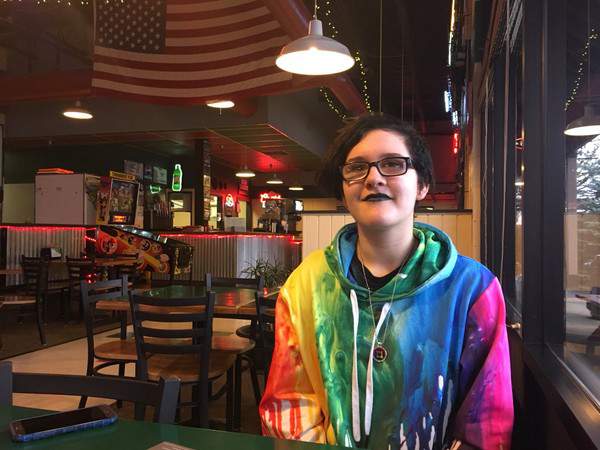 “Having parents upset, that was not my intention,” says Munda, “It’s not what I wanted at all.”

Having come out last year as gender fluid, Munda hoped that people would correctly use they/them pronouns when addressing them.

“I wanted people to start using my pronouns and the only way I could do that was to be open,” Munda said. “I lost a few friends. I used to go to church and was kicked out of church because I wouldn’t change. They wanted me to be a girl and to be straight.”

Keep in mind that the flag displayed in the class is only slightly larger than a sheet of paper. In addition, the flag breaks no laws by being up there. In fact, hanging it was respecting the laws.

As the Oregonian reports:

“In email, Banks Superintendent Jeff Leo wrote the district was following legal advice that state law ‘allows a teacher to display such items as they are supportive of a class of persons protected by Oregon and federal law.”

Lastly, since no American flag was taken down, the only real political message behind the rainbow flag was one of acceptance.

Too bad the complaining parents didn’t get the message.