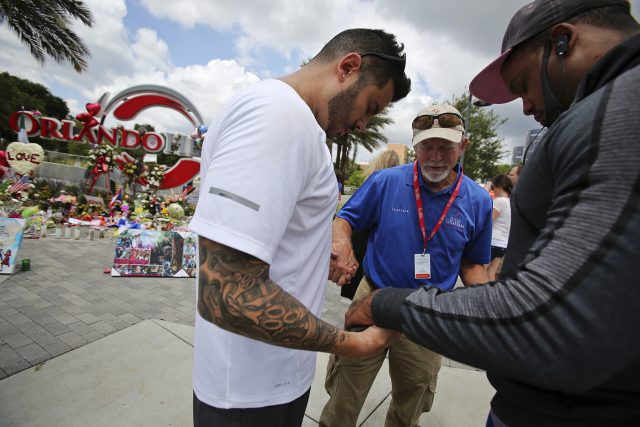 Instead, the hospitals will write off an estimated $5.5 million or more in care.

“The pulse shooting was a horrendous tragedy for the victims, their families and our entire community,” Orlando Health President and CEO David Strong said. “During this very trying time, many organizations, individuals and charities have reached out to Orlando Health to show their support. This is simply our way of paying that kindness forward.”

Its main hospital — Orlando Regional Medical Center — treated 44 of the more than 50 victims who needed immediate medical attention from the June 12 attack that killed 49 people. The nightclub is only a couple of blocks from the Level 1 trauma center.

Nine of the Pulse patients died shortly after arriving at ORMC, and their families also will not be charged, hospital officials said. One victim remains hospitalized there.

At Orlando Health, bills will be sent to health insurers for patients who had coverage, but whatever those policies don’t cover will be absorbed by the hospital chain, said spokeswoman Kena Lewis.

At Florida Hospital, which treated a dozen of the clubgoers, officials said they would not even bill the victims’ insurance for the treatment, nor will they bill for follow-up surgeries the survivors may need.

“It was incredible to see how our community came together in the wake of the senseless Pulse shooting,” said Daryl Tol, Florida Hospital’s president and CEO. “We hope this gesture can add to the heart and goodwill that defines Orlando.”

“I was so worried because I can’t afford any of that,” said Mario Lopez, 34, who was visiting from Miami when he went to the club after a friend’s housewarming party. “I just went out for a fun night with friends. No one expected this to happen. My life was turned upside down, and then I had to worry about how I was going to pay back the hospital.”

Lopez, who is uninsured, was grazed by a bullet and had fragments explode into his left side. After he was hit, he fell and split his elbow on a shard of glass. His seven-hour hospital visit left him with a new nightmare: a potential $20,000-bill.

At Orlando Health, Lewis said the hospital would work with victims who will need future surgeries as a result of the shootings.

“We can’t predict the future needs of these patients, their financial situations or what the state or federal governments may require us to do for charity policies,” she said. “While we can’t assume the answer is free care forever, we will use our very generous charity and financial assistance policies to assess the best way” to help.

As it is, the hospital chain is expecting to shoulder at least $5 million in unreimbursed care for the Pulse victims, many of whom had extensive injuries, Lewis said. Florida Hospital officials said the bills there totaled more than $525,000.

As for Lopez, his physical wounds are healing, he said, but the emotional trauma still feels raw at times.