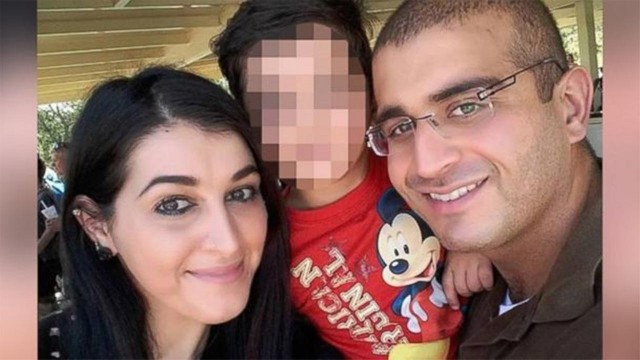 Omar Mateen was named the shooter at the massacre in Orlando gay nightclub Pulse. A report says that his wife, Noor Mateen knew about his plans to massacre a gay club, but she did not take any measure.

“Omar Mateen’s current wife, Noor, told the FBI she was with him when he bought ammunition and a holster, several officials familiar with the case said.

“She told the FBI that she once drove him to the gay nightclub, Pulse, because he wanted to scope it out.

“Authorities are considering filing criminal charges against Noor for failing to tell them what she knew before the brutal attack, law enforcement officials say, but no decision has been made.” NBC News reported.

The same report says that Noor tried to convince her husband not to carry on the attack, however she did not alert the police.

The shooter who was killed in an altercation with the police left behind 49 dead and 53 injured. Some are in critical condition.

Omar Mateen, 29, comes from a family of Afgan immigrants and was born in New York. He had associate of science degree in criminal justice technology and worked as a private security guard.

Married twice, Omar Mateen has a 3-year-old boy. His ex-wife condemns his evil actions and talked about his past.