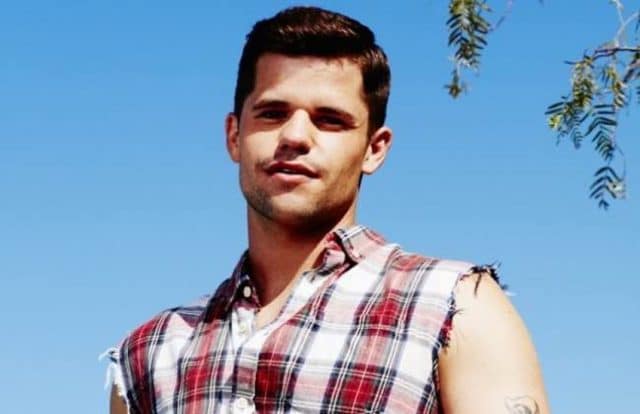 It’s been more than a year since actor Charlie Carver came out publicly as a gay man in a heartfelt essay.

What the 28-year-old actor didn’t touch on in that essay is that his late father was also gay.

It wasn’t always smooth sailing as Carver initially resented his father – who came out to him when Carver was 12 – for being gay.

‘In the way that sons and fathers can have beef regardless of [sexual] orientation, it was just something where I wanted to be able to define myself, set my own rules, and I felt like I had all of a sudden someone who I was gonna be forced to become, and I didn’t wanna be like him,’ Carver tells Attitude Magazine which has chosen him as its Bachelor of the Year.

The actor says his father’s sexuality did eventually help him come to terms with his own.

‘I think he taught me, in the way that he lived his life, that your sexuality doesn’t define you,’ he says.

‘It’s an important part of who you are, but he had such a rich life… And I think because I was frustrated by what I would call some of his own internalized shame, that it almost became this challenge to really get to the bottom of that quickly, for me.

‘It kind of propelled me into being louder and brasher and more experimental. And I think that hurt his feelings sometimes, but I think he was also grateful.’

Carver is best known for his roles in Desperate Housewives, Teen Wolf and The Leftovers alongside his straight identical twin brother Max Carver.

But earlier this year he appeared without Max in the first episode of the ABC miniseries When We Rise about the history of the gay rights movement. He also had a role in the recent feature films I Am Michael and Fist Fight.