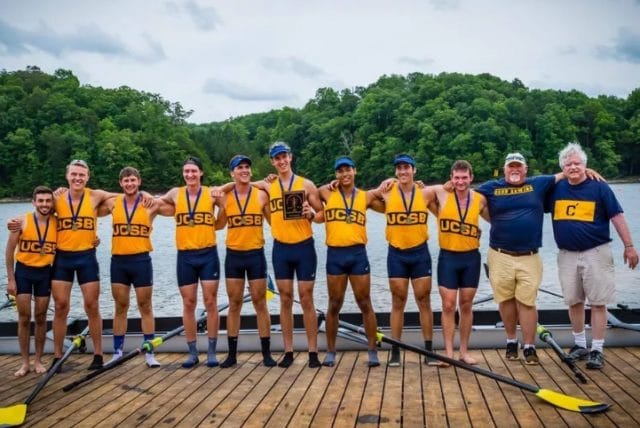 The UCSB men’s varsity 8 boat took the American Collegiate Rowing Association final, besting second-place Bucknell by almost two seconds with a time of 6:23.505. It was the first time a team other than Michigan or Virginia has won the men’s varsity 8 in the decade the ACRA has held the championships.

It was the seventh time a boat Sullivan coached won a national title; He won six championships as an assistant coach at the Univ. of Michigan.

UCSB was second to Michigan in the men’s team points total this year.