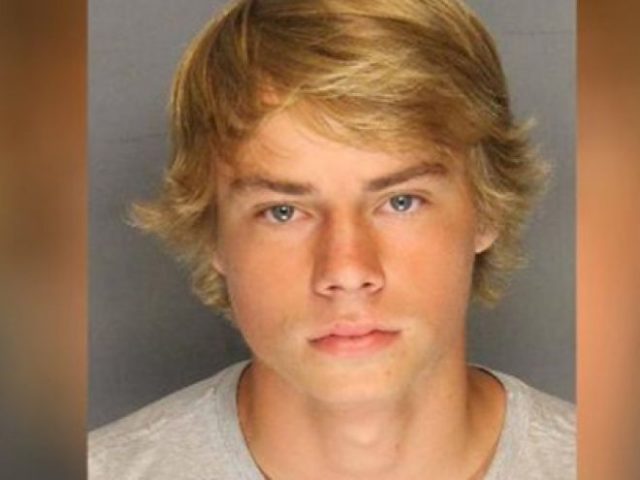 Austin Richardson looks like a greeter at your local Abercrombie & Fitch chain, but don’t let that fool you.

The 18-year old, arrested in June after firing paintball pellets at revelers hanging outside a gay bar in Stockton, California, was charged on Tuesday in connected with the attack. The incident occurred at the Paradise Club on June 12th, just as two customers were leaving the establishment.

19-year-old Branden Staples and an unnamed 16-year-old were also apprehended.

The three youngsters have been charged with assault with a deadly weapon and committing a hate crime.

As NewNowNext reports, paintball guns are more than kooky fun for obnoxious high schoolers. They can fire up to 190 miles per hour and impact could cause blindness, punctured organs, brain swelling, and even fatalities. This was the second incident: the front of the Paradise had also been pelted with paint pellets a month earlier.