Panic! at the Disco lead singer Brandon Urie is drawing attention again talking about his attraction to men. If you wonder if the guy is straight, the answer is no. He is married and his wife is bisexual. What about him? He’s bisexual too! He confirmed back in 2013, in an interview.

“I guess if I had to classify myself, I’d say I’m straight. But I have, in the past, experimented in other realms of homosexuality and bisexuality. Overall I’m more attracted to women. Like with my wife, I’m just so insanely in love and attracted to my wife that I go, “Well, OK, my love of musicals can’t trump that I love pussy,” the hot singer said.

However he admitted he liked dudes: “I find myself being attracted to dudes all the time. I’m like, ‘Wow, that’s a beautiful man.’ There’s no shame in it; that’s how I feel.”

So, recently, during a radio show the host wanted to dig again into Brendon’s sexuality: “You’re into guys and girls too I heard.”

“When people have asked me … whether I classify myself as straight, bi, or whatever I was like, ‘You can classify me as I really don’t care.’ I don’t think it matters. I like people.
“If a person’s good, I’m into that person. If a dude’s hot, he’s hot. I don’t know. There’s some good looking dudes out there.”

Brad Pitt and George Clooney are Brendon’s favorites, but there’s someone he likes so much that “he’d totally make out with his face,” and that’s Ryan Gosling.

Brendon Urie would like to invite Ryan Gosling, drink some wine, watch some Netflix and spend some time before however. The conversation starts at the 19:00 mark. Enjoy! 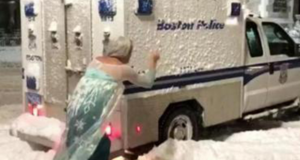 Nick Gayer
0
You need to see this amazing video A drag queen dressed as Elsa from Frozen has single-handedly freed a stuck police car from the snow. As... 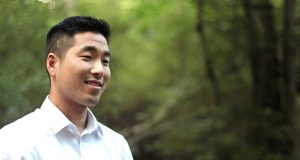 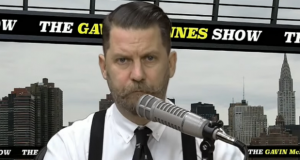