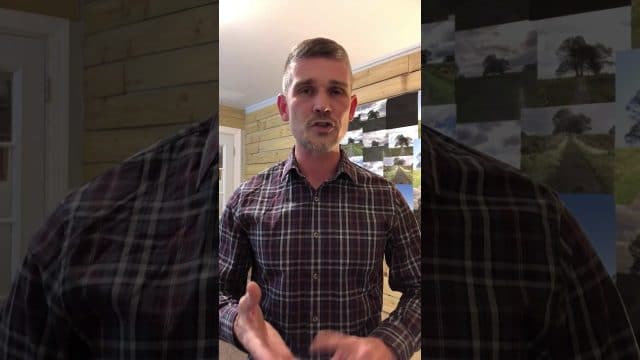 A conservative pastor known for producing controversial Facebook videos is back with a blistering defense of Christian businesses who turn away same-sex couples.

Pastor Greg Locke of Tennessee’s Global Vision Bible Church tackled the case of Masterpiece Cakeshop v. Colorado Civil Rights Commission in a jaw-dropping clip posted to Facebook Dec. 6, a day after the Supreme Court began hearing arguments. The ruling, which is expected in spring 2018, will determine whether or not baker Jack Phillips was illegally discriminating against a same-sex couple or just exercising his right to religious freedom when he refused to create a cake for a wedding ceremony he viewed as sacrilegious.

No stranger to controversial declarations, Locke made it clear he was very much on Masterpiece Cakeshop’s side, saying the case is “an absolute, positive target” on “evangelicals with actual convictions.”

“The LGBTABCDEFG – whatever the foolish acronym is at this particular point ― they’ve gone overboard. They have fake outrage, selective drama,” he says in the clip, which can be viewed above. “Why don’t they get up and go try that nonsense at a Muslim bakery? See if they get their tails thrown out in the street and see what happens then. They wouldn’t be suing them.”

The Facebook version of Locke’s video had received over 706,000 views as of Sunday afternoon. On YouTube, the clip had been viewed an additional 2,600 times.

Viewers, however, were divided on Locke’s stance. Though some accused him of “spitting venom” and being an “ignorant hypocritical bigot,” others defended the pastor’s take.

“If the homosexuals want same-sex marriage cakes for their wedding then they need to learn how to start baking,” one person on Facebook wrote. “I wish somebody would try to tell me what I can and can’t do with my own business that I started that I built.”

Locke, of course, has been making headlines for some time. In 2016, he blasted Target’s transgender-inclusive bathroom policy, accusing the retail giant of bowing to “perverts [and] pedophiles” who “are going to hurt our children” in a video that received over 18 million views on Facebook and 152,000 views on YouTube.

His rants, however, occasionally backfire. In February, Locke’s opposition to Planned Parenthood prompted a Los Angeles man to launch an online fundraiser in the pastor’s name, which ended up generating over $3,000 in donations for… Planned Parenthood. 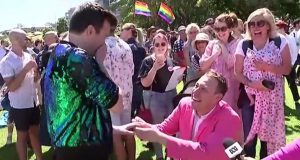 Watch the moment a gay couple get engaged as Australia announces...

Nick Gayer
0
A massive congratulations are in order for James Brechney and Stuart Henshell who just got engaged in Australia as the result of the Marriage... 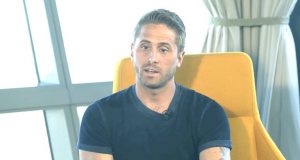