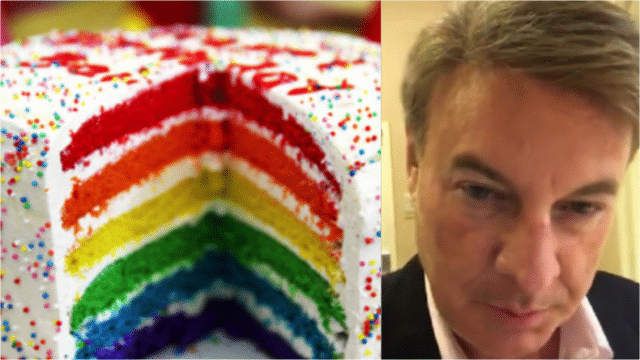 You can’t make this stuff up.

A conservative Christian preacher claims that a special “anointed” cake help to save a man by curing his homosexuality.

Pastor Lance Wallnau was in a Periscope session, responding to a woman who wanted to stop her son from being gay, when the story of the ‘special’ cake came up.

That message prompted Wallnau to recall an incident he heard about recently in which a gay bar owner was supposedly delivered from his life of sin after eating a cake which had been prepared and prayed over by Christians.

“It was an anointed cake,” Wallnau said, “and they made the cake and gave it as a gift. And when he ate the cake … the power of God hit him.”

The “presence of God” fell upon the bar owner, Wallnau recounted, and he then got baptized, at which point “the spirit that was working him got broken off,” thus freeing him from his life of homosexuality.

Wallnau says he’s not sure if the magical cake has the power to “save” others.

He also failed to mention the flavor of the cake.