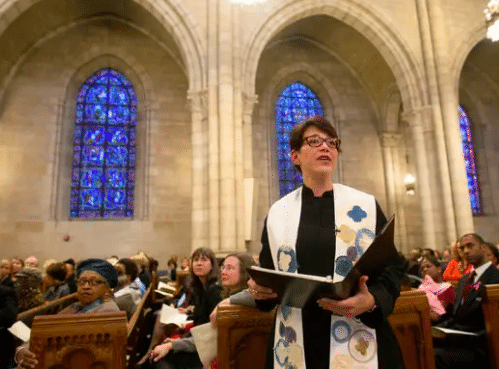 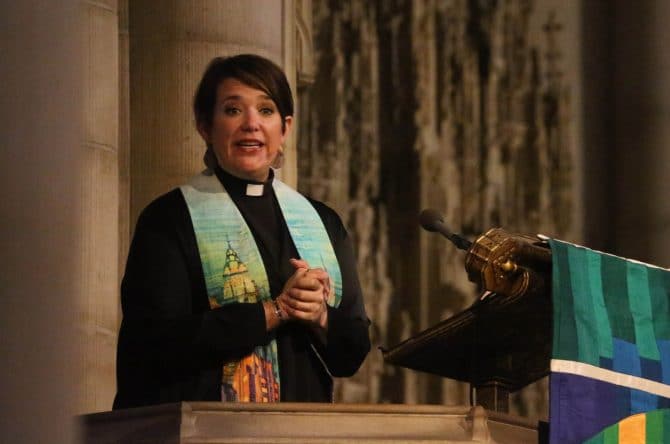 Rev. Dr. Amy Butler has been ousted from her $250,000-a-year job at Manhattan’s famed Riverside Church after pressuring a group of people under her leadership to accompany her into a sex shop.

The sex toy shopping spree happened on May 15 while Butler, known as “Pastor Amy” by congregants, was in Minneapolis for a religious conference with two assistant ministers and a congregant from Riverside Church.

During a break from the conference, Pastor Amy suggested they check out the Smitten Kitten, a local sex shop. When one of the assistant ministers, a gay man in a committed relationship, said he was uncomfortable with that idea, Pastor Amy insisted.

Feeling “pressured,” the man agreed to tag along with the women. Inside the store, Pastor Amy offered to buy him a sex toy. He politely declined her offer.

At the register, Pastor Amy allegedly said, “Is this a church business expense?” then whipped out her church credit card.

Upon returning to New York, the two assistant ministers filed a formal harassment claim, prompting the church to hire a third-party investigator who interviewed both of them and substantiated the claims.

In response, Pastor Amy and church officials agreed it was time for her to go. A joint statement from Butler and Church Council chairwoman Marilyn Mitchell reads:

Ironically, just last year Pastor Amy published an essay on Baptist News Global titled “From #MeToo to #ChurchToo to #NeverAtChurch” accusing a male “lay leader” from Riverside of acting “inappropriately” toward her and other female staffers.