Home Gay Stars Peachy! Adam Rickitt gets it all out in revealing holiday photos 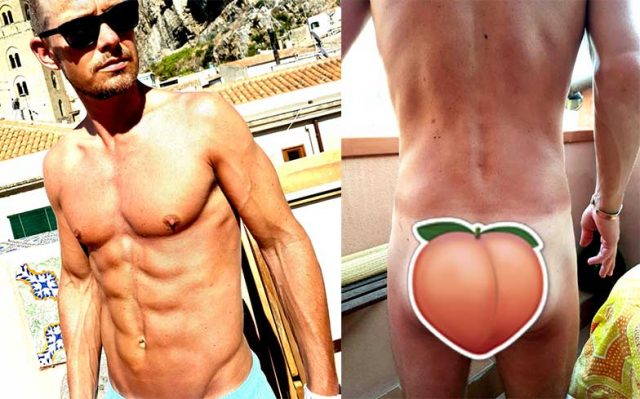 Adam Rickitt has been sharing his holiday photos and now we’re 15 weeks deep into his Twitter account gagging for even more. Jokes! These photos are enough to keep anybody going.

As the Hollyoaks actor soaks up the sun, it seems Adam’s perfected the shirtless pout… oh and the ass pic, too! Talk about peachy! Hungry? We sure are now.

And while we’re on the topic, we’re happy to make #happyannualbottomshotday a regular thing. Say, every day?

Earlier this year we saw Adam join co-star Duncan James in a rather steamy moment on screen. Missed it? We’ve got all the details you need here.

Until then, here’s a ripped and revealing Adam Rickitt to quench your thirst…

The tan is coming along nicely…so is the pout! pic.twitter.com/64sGcN397o