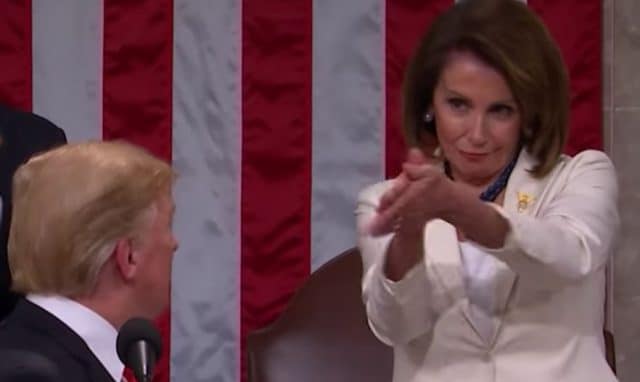 Politico reported Wednesday that Pelosi made the remarks during a heated meeting Tuesday night with House Judiciary Chairman Jerrold Nadler (D-N.Y.) and other top Democrats leading investigations against the White House.

Nadler pressed the Democratic leader to allow his committee to launch an impeachment inquiry, which she denied, multiple sources told Politico.

Pelosi’s reasoning, according to Politico, is that she would rather Trump be defeated at the ballot box in 2020, and then prosecuted for his alleged crimes.

They said she was expressing solidarity with pro-impeachment Democrats who want to hold the president accountable while disputing the idea that it is now time to take that step. Pelosi has long argued that certain conditions must be met before Democrats begin impeachment — public support and strong bipartisan backing, neither of which have so far materialized.

Nadler on Wednesday told CNN’s Wolf Blitzer “it may very well come to” launching an impeachment inquiry, but “right now, there doesn’t appear to be the support for it.”