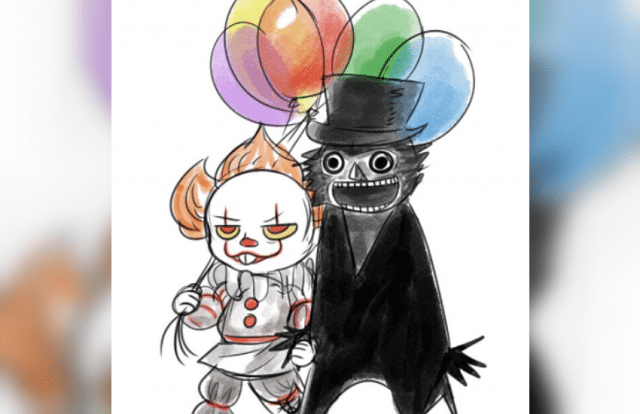 Twitter users have lost their minds over the new LGBTI power couple – Pennywise the Clown and The Babadook.

Pennywise is the star of the recently released horror film, It.
It all began after one Twitter user received some angry DMs.

A REPUBLICAN REALLY CAME INTO MY DMS BECAUSE I SHITPOSTED A PENNYWISE IS AN LGBT ALLY EDIT DNSNSND pic.twitter.com/hq4IyqNkZv

@starkrhodey clapped back with the phrase that started it all: ‘pennywise and his boyfriend the babadook are offended by you sir.’

That was when the tweets and the fan art started.

Pennywise and his boyfriend, The Babadook are off on a date to get crepes and terrorize some kids. pic.twitter.com/eakshrfkN7

Pennywise and the Babadook are engaged and want a nice Halloween wedding, who would've thought those two crazy kids would end up together

I WILL DIE DEFENDING THIS SHIP

its official pennywise and the babadook are dating and gay icons https://t.co/cT7cKKMxKv

Offering my body to pennywise so he can finish his sculpture in time for his boyfriend, the babadook's birthday

I would love to attend a Pennywise/Babadook wedding. They'd make a cute couple.

PENNYWISE IS 1000% GAY! He and The Babadook are in a loving relationship, and are looking to adopt a devil child in the future

i only ship pennywise x the babadook from here on out

GOODNIGHT TO THE LGBT ICONS PENNYWISE THE CLOWN AND HIS LONG TERM BOYFRIEND THE BABADOOK, PROSPER QUEENS 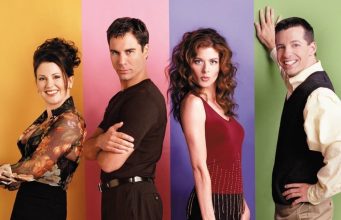 Will & Grace comeback CONFIRMED – check out the first teaser here