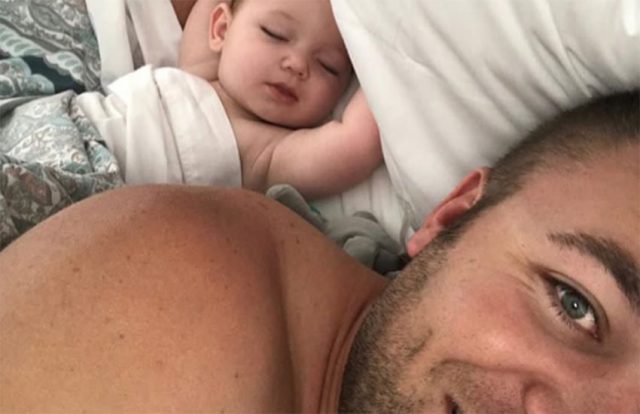 Joshua and Jeremy live with their kids in Salt Lake City

Few would argue that media representation of gay families is lacking. This is despite the fact that a growing number of LGBTI people are having children.

One website doing its best to combat this lack of representation is Gays With Kids. A photo it posted to its social media has gone viral and become its most liked posting on Instagram.

The photo shows Salt Lake City-based gay dads Joshua and Jeremy, with nine-month old son Anakin, during a trip to Disney World. Jeremy took the photo of the three of them in bed.

Joshua, 31, is a firefighter/paramedic and Jeremy, 34, is a registered nurse. They told GSN that they met when they both found themselves working for the same ambulance service company.

They are now dads to nine-month-old Anakin, and two-month-old daughter Izley (‘She stayed back with the Grandparents during this trip’).

The photo has received a positive response from people all over the world.

On Facebook, other dads have been posting their own photos of their families or bedroom shots.

‘Thank you for being the example for me and my husband of 15 years, we’re 36 now and are starting a family. Thank you for your hope you give to the world,’ commented Joseph Bernard.

‘We were overwhelmed by how much recognition our photo received,’ said Jeremy.

‘It was a photo I snapped as we were laying in bed recouping from a long hot day at Disney World the day before. Anakin was a trooper at Disney World and went on several of the rides with us and after ten long hours we finally called it a night and went back to our rental house. 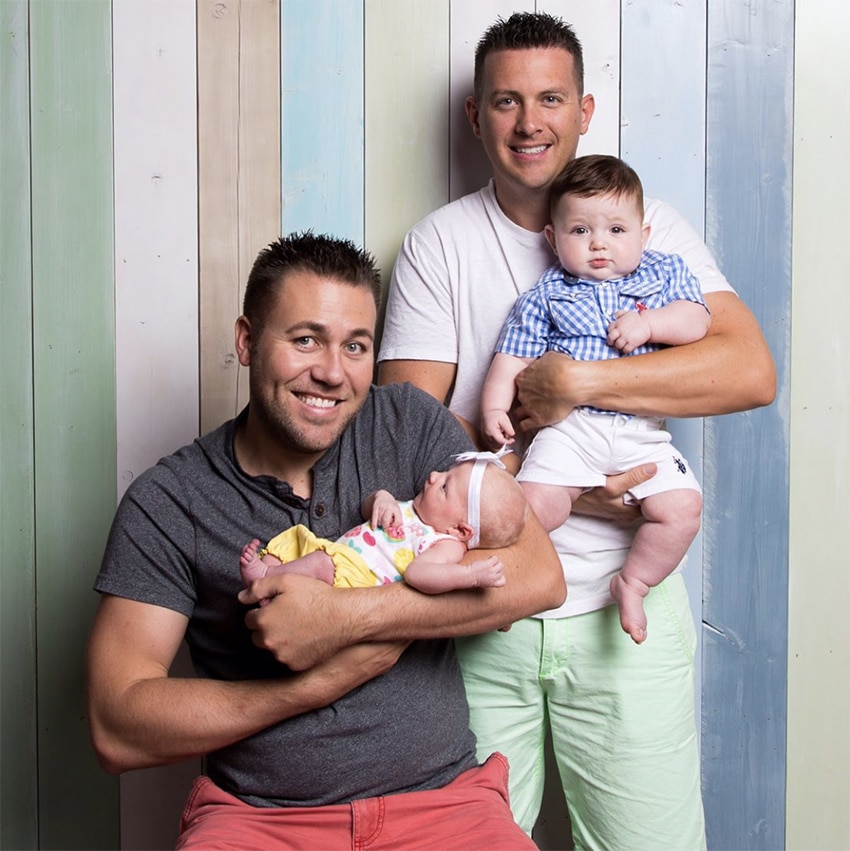 ‘I can’t believe how many likes our photo got! We love being dads to two great kids and wouldn’t trade it for the world.’

As gay dads, have the couple ever experienced any homophobia?

‘So far we haven’t had any negative reactions, mostly just love and support. We have had a few people comment about how nice we are that we took the kids for the day so “mom” could have a day to herself. We laugh and smile.’