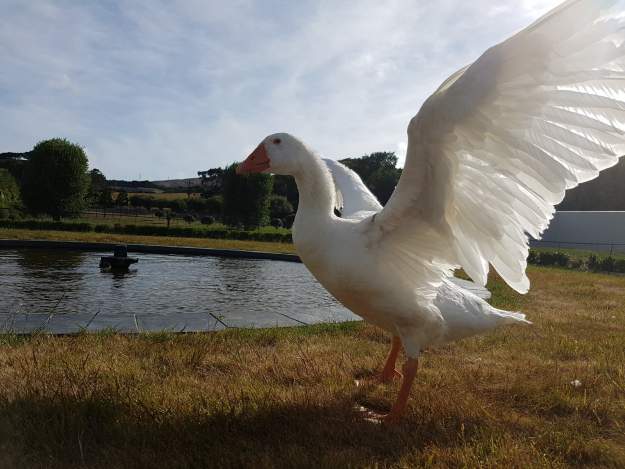 One constant defense by homophobes for why they don’t like homosexuality is that they never see it in the wild. “You never see gays in the animal kingdom,” they argue, but they are gravely mistaken.

Not only have several male lions been photographed while getting it on, but we’ve also shared stories of gay tortoises and now we have one of a bisexual goose and a gay swan.

Goofy as this news is to some, it’s still relevant.

While New Zealand residents are celebrating the incredibly low price of PrEP (they’re paying US$1.20 a month!), they are also mourning the death of a famous gay goose.

Thomas was a blind, polyamorous, bisexual goose (ain’t that a mouthful?).

Birdwatcher Mik Peryer says that Thomas, who died earlier this week, is set to be buried later this month next to his late partner.

When birdwatchers first discovered Thomas and the black swan they’d later call Henry, they thought that Henry was a female. After realizing the two never created offspring, they realized that Henry was a male.

But that’s not the end of the story. Thomas would later match up with a female swan and have kids with her, but Henry stuck around to help raise the babies.

He added: “Prior to Henrietta turning up they had about 18 happy years together.” 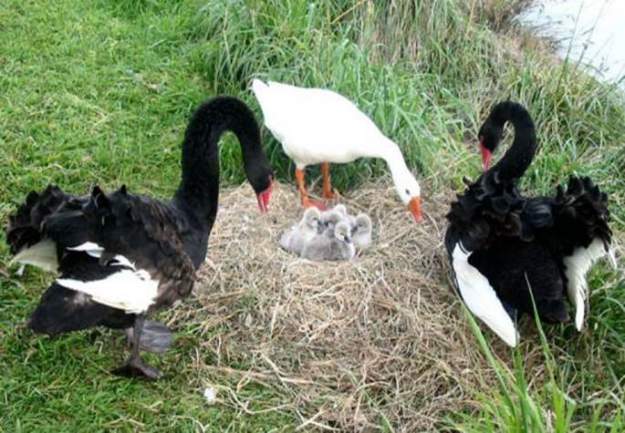 Apparently, this isn’t uncommon in the swan world. Swans often form triad relationships between two males and a female.

The ‘eternal triangle’ raised 68 cygnets over the years.

Unfortunately, the happy years together didn’t last as eventually Henry died and Henrietta flew off.

He said: “Henrietta just flew off with another bird, being a young female, but poor old Tom was left on his own.”

But again, that’s not all. The goose’s story only gets sadder from there.

Thomas eventually met another female goose to have children with, but the offspring were stolen by another goose later named George.

Peryer explained: “You would see George and the babies with Thomas just following them around.”

Then, Thomas’s eyesight started to fail him and he was attacked by swans. That led to him being taken out of his natural habitat, the Waimanu Lagoon, and moved to the Wellington Bird Rehabilitation Trust where he stayed from 2013 til his death this week.

Peryer guesses that Thomas was about 38-years-old.

Right now, preparations are being made for Thomas to be buried under the same stone that marks the resting place of Henry.

The birdwatcher adds: “We had about 100 people turn up for Henry and I wouldn’t be surprised if the same happened for Thomas.”