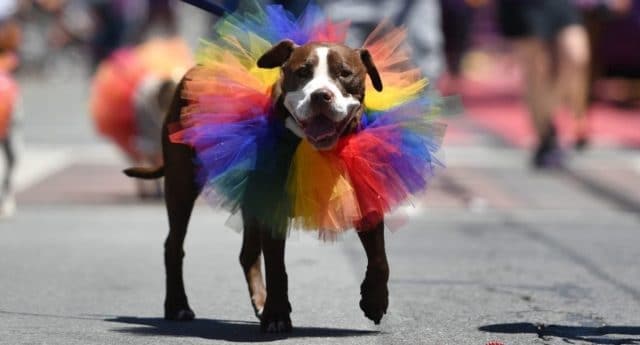 Data released ahead of Pride in London show more Brits are concerned about animal rights than they are rights for LGBT people.

The survey, carried out in partnership with YouGov by Pride’s Community Interest Company, asked participants to pick three issues from a list “[that] most concern you about the future.”
Just three percent of straight and cisgender people picked ‘Tolerance for individuals of different sexualities/gender identities’ as one of the most important, behind ‘animal rights’ on 7 percent. 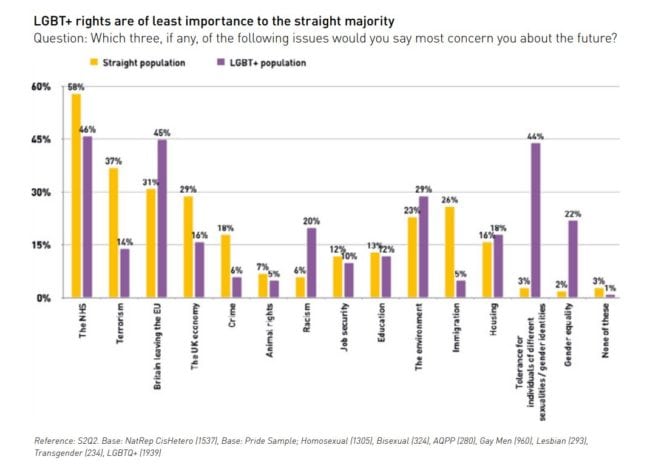 The surveys otherwise found that the concerns of LGBT people largely align with the general public, with the NHS and Brexit near the top of the list for both groups.

LGBT people were less likely to have concerns about immigration and terrorism.

Elsewhere, data showed that many LGBT people are still in the closet. 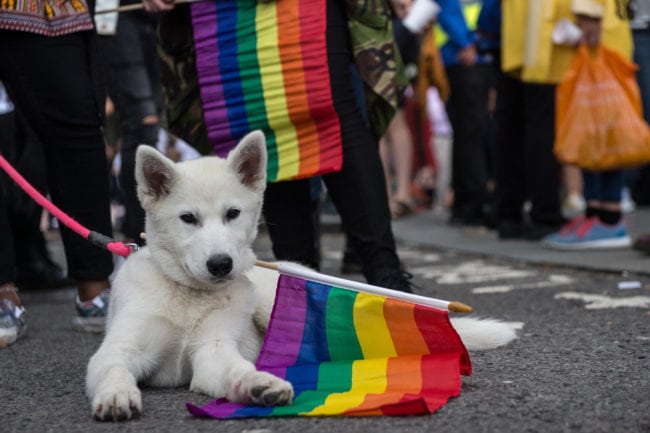 Of those that answered, 12 percent of gay men,17 percent of lesbians, and a staggering 46 percent of bisexual people said they are not out to their family.

Bisexual people and lesbians are also less likely to be out at work, with just 56 percent and 74 percent out respectively, compared to 86 percent for gay men.

Sadiq Khan, Mayor of London, said: “We’ve come a long way in the fight for LGBT+ equality, which is something we should celebrate. But we can’t be complacent. Far too many people in our city are still facing discrimination and prejudice because of their sexuality or identity.

“London is home to people of every nationality, ethnicity and walk of life, and it’s hugely important to me that members of our LGBT+ community feel completely comfortable to be themselves.

“Pride is a perfect opportunity for us to come together to celebrate the amazing contribution our LGBT+ community makes to all our lives. I know that it will once again show that London is open to everyone, regardless of age, race, religion, disability, gender or sexuality.” 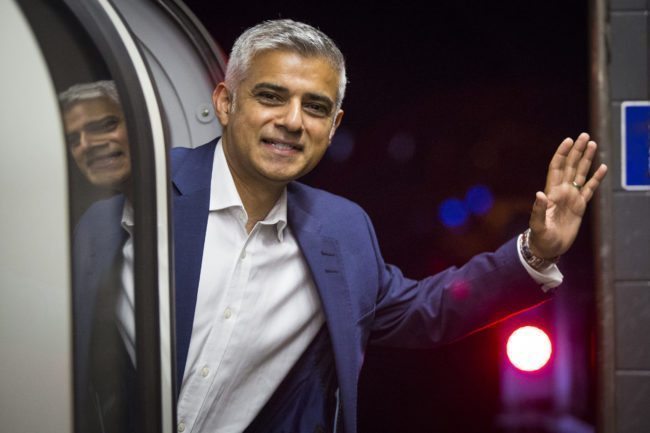 Alison Camps, Co-Chair of Pride in London said: “Our Pride Matters report highlights the very precarious position we find ourselves in as a nation. We are living in times when the UK is actually going backwards in terms of our international standing on LGBT+ rights, when hate crime is on the rise, and when equality is being used as a bargaining chip by political parties.”

“Our research shows that although many in this country may think LGBT+ people have achieved equality, the reality is that we are by no means ‘equal’. As a nation, this is not something we can be complacent about and as the organisers of Pride in London, we commit to fighting prejudice in whatever form we see or encounter it, to give a voice to those who are marginalised, ostracised and demonised within our communities.

“Together with our straight allies we see it as our collective responsibility to challenge harmful attitudes across society and highlight the reality that LGBT+ people face in all aspects of their lives”.