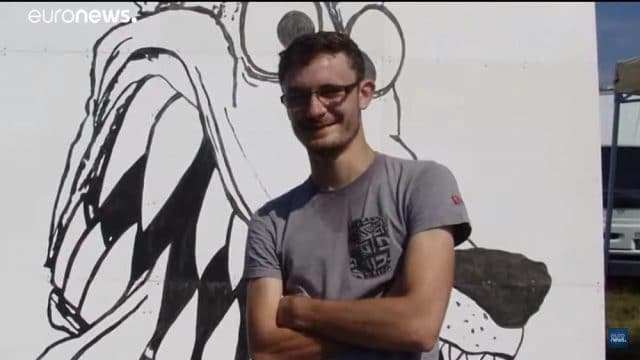 After the body of a man who went missing during a police operation at France’s Fete de la Musique in June was found on Tuesday, people took to social media to demand answers.

Steve Maia Caniço, 24, was last seen at a techno concert in Nantes, western France, for the famous nationwide festival, which sees bands and artists play for one day in outside spaces across the country.

His disappearance quickly became a controversial topic as it coincided with the time — around 4.30 a.m. on June 22 — that local police had tried to shut down the event.

The force has been criticised amid allegations of a heavy-handed approach to shutting the festival concert down — comparisons have been drawn with the police’s treatment of protesters taking part in the yellow vest movement.

Protesters and politicians have demanded answers after what they see as yet another case of the use of unnecessary force by French police.

But many have also been questioning why local authorities had allowed such an event to take place without insisting that a barrier be placed alongside the river beforehand.

Prime Minister Edouard Philippe said on Tuesday a police report had not established a link between officers’ intervention and Caniço’s disappearance.

He added that a new one would now be commissioned.

Philippe said the report highlighted difficulties around the operation, including the throwing of projectiles towards police and their use of tear gas in response.

Some spoke of a cloud of tear gas and said they fell in a nearby river. Fourteen people were pulled from the water by rescue services.

On Monday — more than a month after his disappearance — Caniço’s body was found in the river just a few hundred metres from Quai Wilson, where he was last seen.

It initially took some time to identify him as prosecutors said his body was in an “advanced state of decomposition”, but a post-mortem later confirmed it was the young man.

Tributes to Caniço took place across France on Tuesday, including a moment’s silence in Bordeaux and a tribute banner in Paris.

Silent gathering in Bordeaux in tribute to Steve Maia Manicio. Those present scattered flowers in the Garonne.

There’s a banner in Republic collecting messages in tribute to Steve. It will be painted and brought to Nantes next Saturday.

A manslaughter investigation has now been launched.