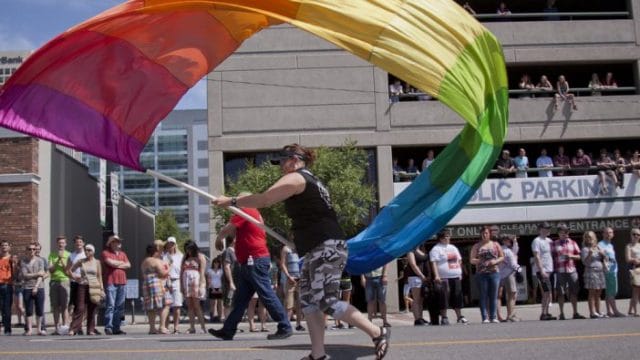 Utah ranks second in the nation in its citizens’ support for LGBTQ non-discrimination protections, according to a poll by the Public Religion Research Institute (PRRI).

The PRRI poll found that 77 percent of Utah residents either favor or strongly favor “laws that would protect (LGBT) people against discrimination in jobs, public accommodations and housing.” The state tied with Vermont and was beaten only by New Hampshire whose residents support such protections by 81 percent.

This may seem especially surprising considering Utah’s largely Mormon population. But the Mormon church has made some recent efforts to drop its toxic antigay policies that treat LGBTQ people and same-sex couples like heretics — a significant change from 2008 when the Church donated millions to help California invalidate same-sex marriage via Proposition 8.

In April 2019, Utah updated its hate crimes law to include sexual orientation and gender identity, and in 2017, the state repealed its “No Promo Homo” law forbidding positive mentions of homosexuality in public school classrooms.

But that doesn’t mean that Utah is perfect. In fact, in February 2019, the Mormon church said it wouldn’t oppose a ban on so-called “ex-gay” conversion therapy in the state. But then Republican legislators amended the bill to only ban the most extreme forms of conversion therapy using vomiting and electroshock methods of “aversion.” The bill ended up dying in committee.

Despite conservative state legislators and the president crowing about the need to allow anti-LGBTQ discrimination in the name of “religious freedom,” most conservatives and religious people don’t actually support such discrimination.

If our community can garner their support, perhaps we can pass protections on a state-by-state basis. After all, Utah passed its own imperfect LGBTQ nondiscrimination bill in 2015. If they can do it, surely it can happen in other conservative holdouts.