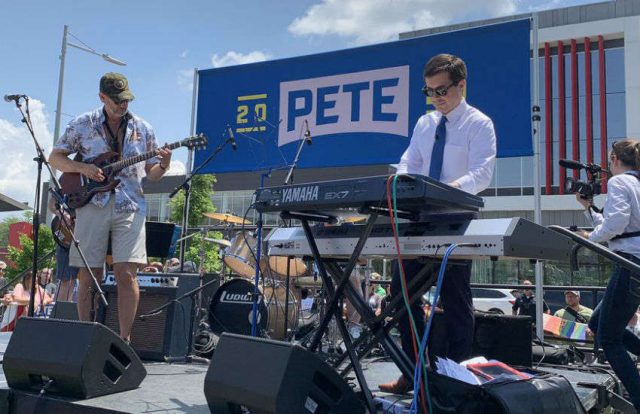 Ahead of a ‘Cattle Call’ event featuring 19 Democrats, Buttigieg held a picnic for supporters. The event included games and live music. ‘Mayor Pete’ himself joined a blues band on stage and played the piano.

Buttigieg is the first openly gay man to put himself forward as a Presidential candidate for one of the major US parties.

The Iowa Cattle Call took place Sunday in Cedar Rapids, Iowa. Each politician had five minutes on stage at the city’s DoubleTree convention cente to talk about their beliefs and vision for the future.

Most candidates turned up to the event shortly before they were due to go on stage.

However, the 37-year-old South Bend Mayor turned up well in advance and hosted a picnic for his supporters on Green Square Park. This included playing games of cornhole with them and joining the band for five minutes on stage. 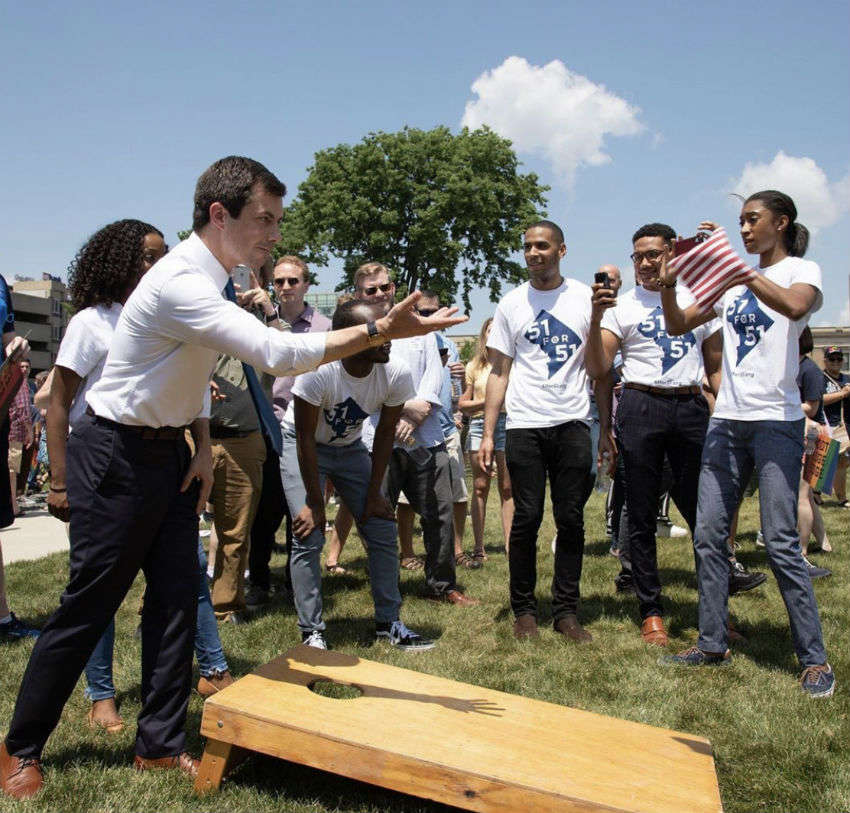 In an Instagram posting, his campaign team say that around 1,000 people showed up to enjoy the event. Addressing the crowd, ‘Mayor Pete’ said he believed the country was ready for a millennial President, reports .

Later, bidding for the Democratic Presidential nomination took the stage at the DoubleTree. One notable absence was Joe Biden, who remains the frontrunner in the race. His campaign said he missed the event to attend his granddaughter’s graduation.

A had Biden continuing to lead the race. It showed 24% of Iowan voters expressing a preference for Biden, followed by Bernie Sanders (16%), Elizabeth Warren (15%) and Pete Buttigieg (14%).