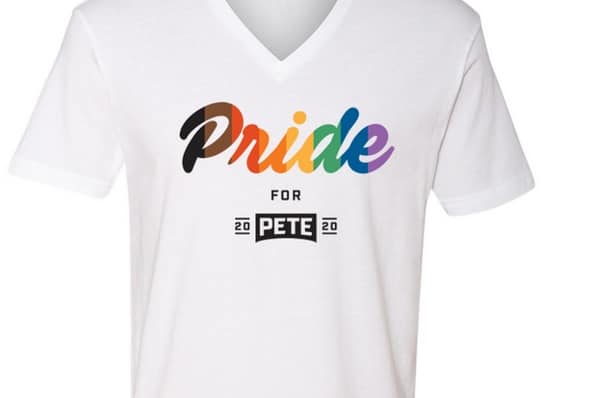 Several Democratic presidential candidates have released Pride gear, so you can show your support for your favorite candidate at your local Pride festivities this month.

South Bend mayor Pete Buttigieg’s rainbow gear uses the version of the rainbow flag from Philadelphia that had black and brown stripes in addition to the more common six-color rainbow. 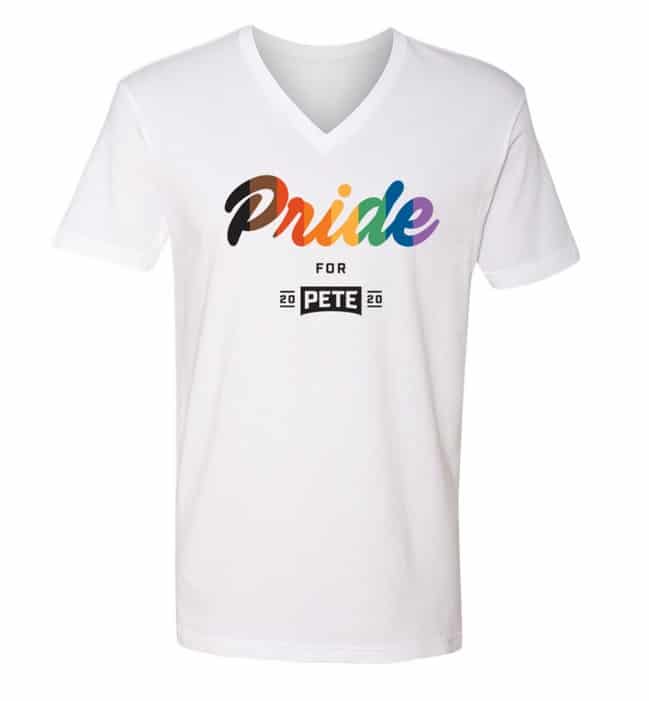 A pride T-shirt in rainbow colors Pete for America 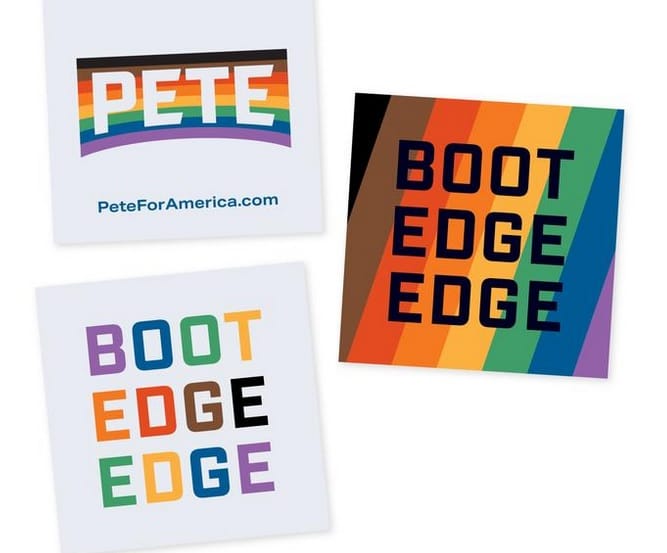 He also has gear with the trans flag. 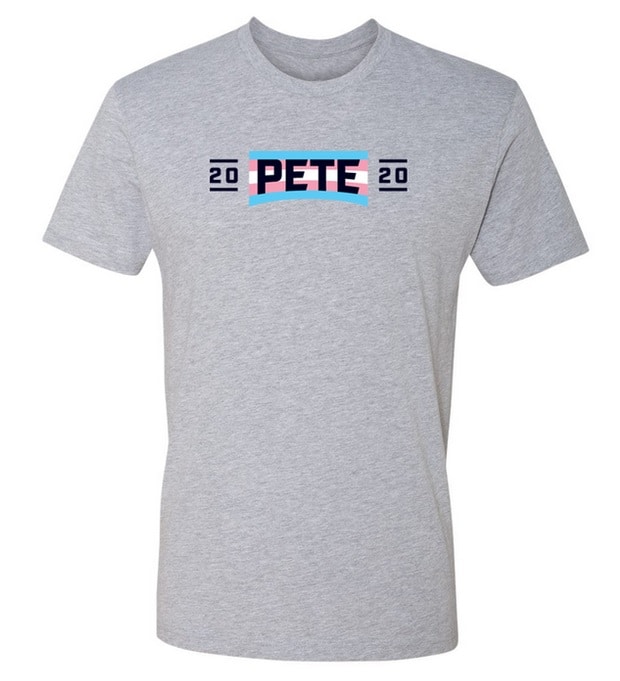 A Pride T-shirt with trans flag colors Pete for America 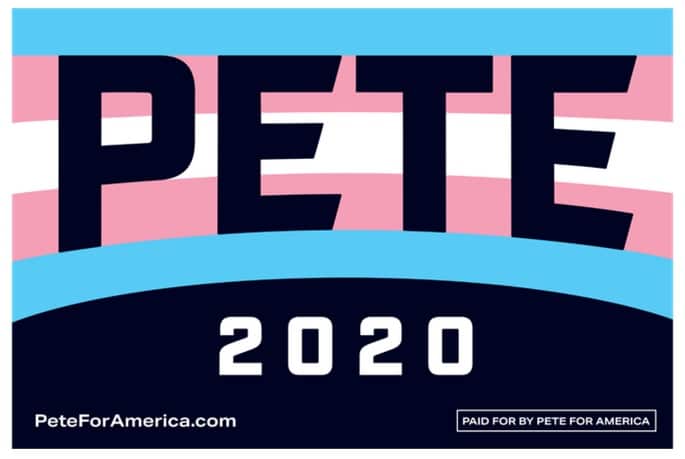 A Pride sign in trans flag colors Pete for America

Kamala Harris’s campaign has also released Pride gear. Items that use her first name use the six-stripe rainbow flag, while items that use the eight-letter word “fearless” add the black and brown stripes. 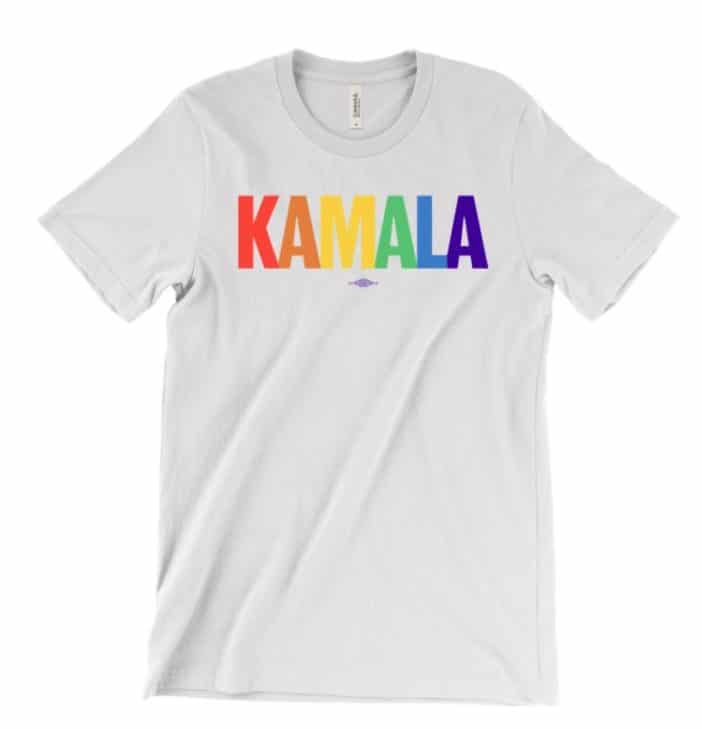 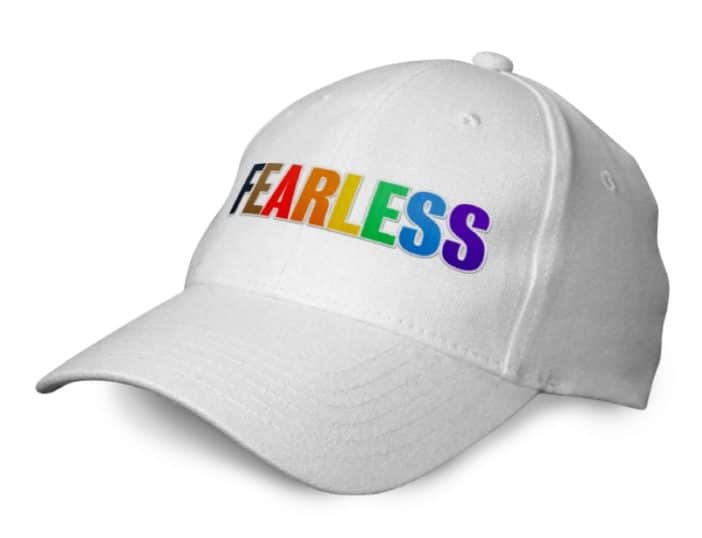 Elizabeth Warren’s campaign has a much smaller selection of Pride gear, where the word “persist” is in rainbow colors. Since “persist” has seven letters, they added a lavender stripe. 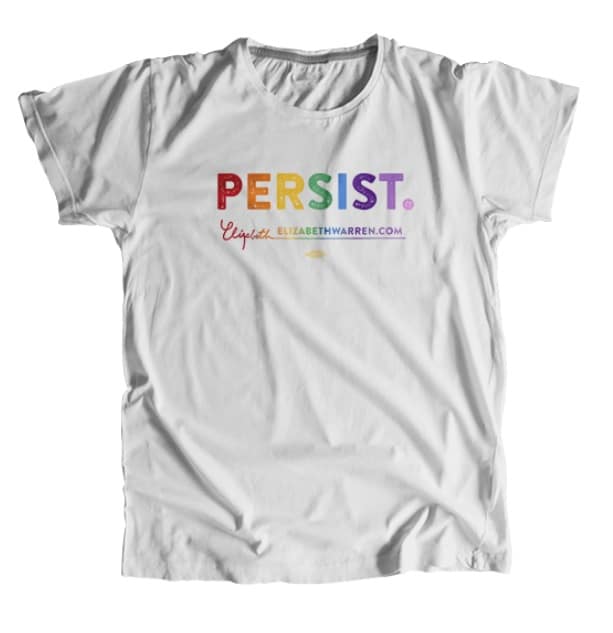