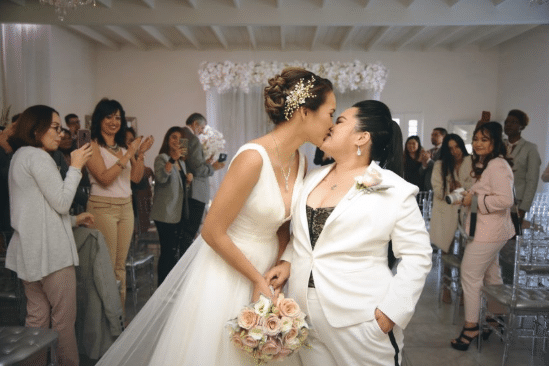 Verna and Vida Base were destined to fall in love. They would just have to wait 15 years for it to happen.

Their love story goes back 17 years when they first met at a prestigious all-girls schools in Cebu, Philippines.

Vida, a model and beauty pageant star and Verna, a financial connoisseur first caught each other’s eyes in 2002.

Vida, 27, the self-confessed nerd had a secret crush on the school celebrity, Verna, 28.

‘She was very famous in our school for being one of the volleyball varsity girls. I was the nerd who loves games, anime, history channel, books, and all that nerdy stuff,’ Vida told Gay Star News.

‘She was also my first female crush.’ 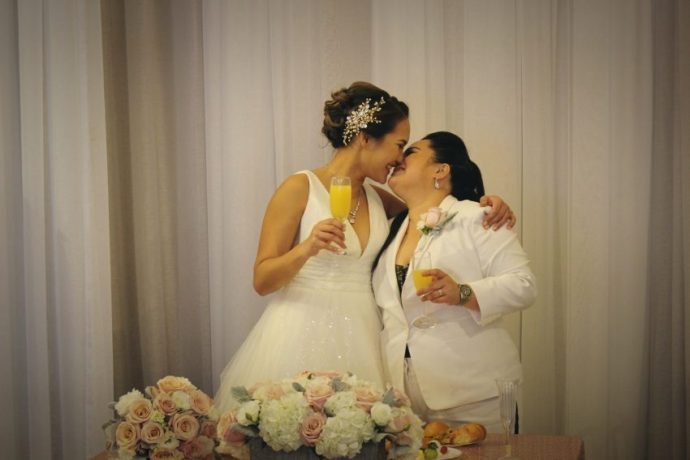 Only Vida’s best friend, Erika, know about her secret crush, which in the years to come would be invaluable in bringing couple together.

Verna also had a crush on Vida, but their blooming love story would have to wait because Verna moved to California.

‘Fast forward, after 15 years with memorable life experiences, past lovers, heartaches, and some little successes, Verna and I met again,’ Vida said.

‘Verna was at a party in New Port Beach, California with some school mates and my best friend. Erika sent me a message through Verna’s [social media] account and that’s how we started talking again.

‘It was weird and exciting, because after all those years, she was still my crush.’

Due to distance, they spent their first few ‘date nights’ chatting via Facetime and no matter Verna’s busy schedule, she ‘always found the time’ for Vida.

She eventually came back to the Philippines to meet Vida face to face for the first time in year.

‘From then on, we could never resist each other,’ Vida said.

They decided travel would be a big part of their lives and started exploring the world together.

Verna even popped the question in front the famous reclining giant Buddha in Ayutthaya, Thailand in December 2017.

A year later they tied the knot at a travel themed brunch wedding in Los Angeles, California. 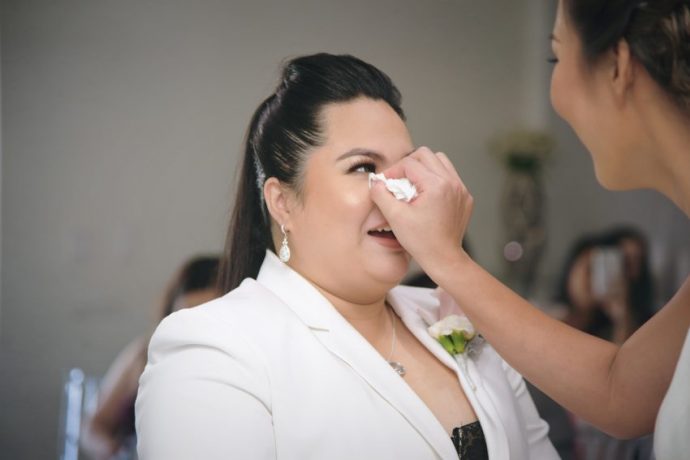 ‘As much as we want to get married in the place where it all began, same sex marriage isn’t legal in the Philippines, yet,’ Vida said.

In an intimate ceremony in front of close family and friends, the women exchanged emotional vows. 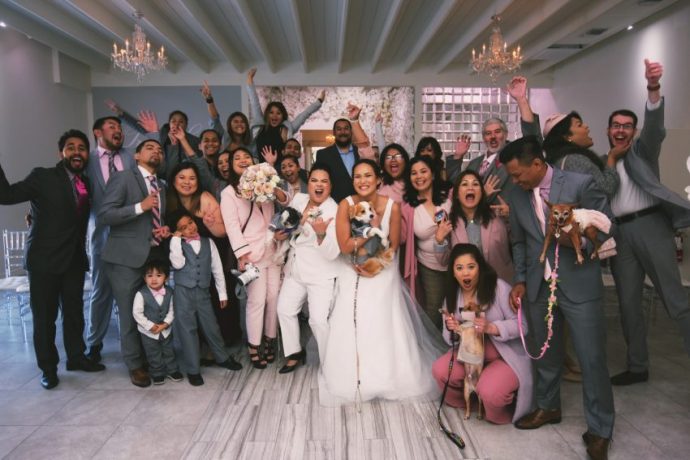 Vida couldn’t believe she was marrying her high school crush.

‘The most memorable part of our wedding was when we were exchanging our vows,’ she said.

‘Saying those words and listening those lines, made my hairs stand. I felt something warm rushing through my veins, my heart felt like it was melting, and it was tough holding back the tears, my voice cracked.

‘Verna was just a dream that I once knew. During that time, I couldn’t believe I’m marrying my high school crush.’

Verna described marriage as amazing, ‘especially being married to your soulmate’.

‘I kid you not, when we’re together all we do is laugh and that’s when I knew that she’s special. There’s just this great chemistry between us,’ she said.

‘My wife Vida taught me how to understand each side of an argument and won’t let us sleep until we fix the problem. For that I am grateful—my advice to married people is to listen, to understand and not listen just to talk back. 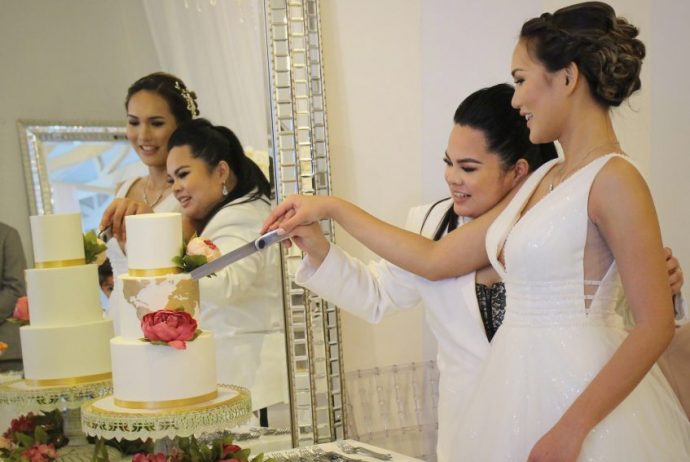 Marriage equality in the Phillipines

The couple would have loved to marry in the Philippines, but even though it’s one of the more progressive countries in Asia, it has not legalized same-sex marriage.

‘It’s high time for this country to open their doors and our people to open their arms to the LGBTQ community wholeheartedly, because even if we legalize this kind of marriage, and yet people still can’t and won’t completely accept it, there will still be kids who will be bullied in school, people who will be terrorized in the social media, and innocent lives who will be harassed in their own community.’ Vida said. 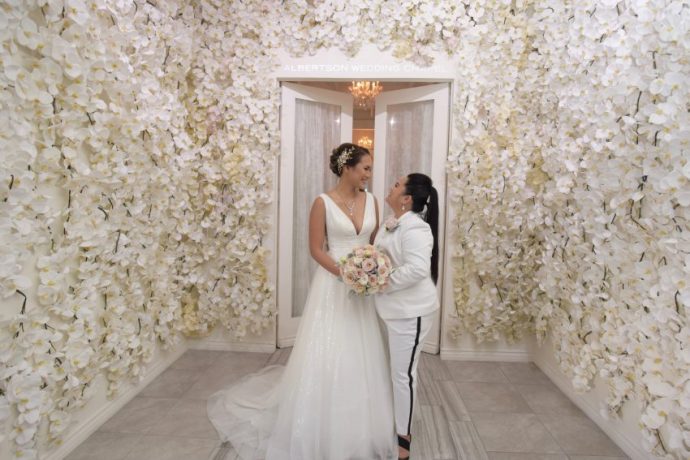 Verna had some advice for those who may encounter homophobia.

‘In life there are people who will judge you no matter what, it could be the way you dress, the way you talk, the way you walk, and everything else,’ she said.

‘One thing I can say is that, do not let other people’s negativity get in your way, if you’re gay, lesbian, trans or straight it doesn’t matter— be the bigger person, and always be kind.

‘Don’t let things get in your head because at the end of the day, trust me, they don’t pay for your bills, your rent or even your food. Keep your head up and be proud of who you are.’