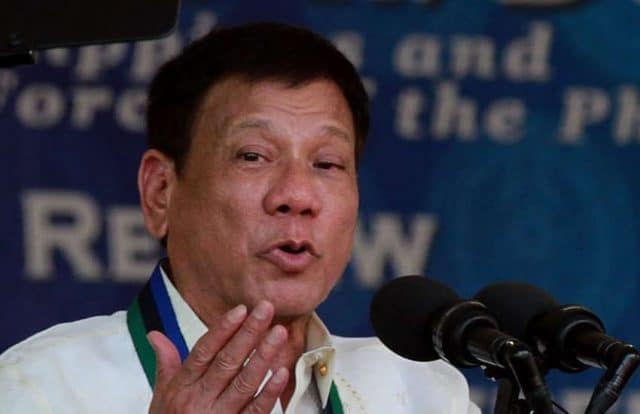 Philippines president Rodrigo Duterte joked he used to be gay, but has since ‘cured’ himself.

He made the controversial remark last night (30 May) during a visit to Tokyo for a bilateral meeting with Prime Minister Shinzo Abe this week.

According to , he then stated: ‘I said: “Are you sure?” They said: “You ask any gay person who sees Trillanes move, they’ll say he’s gay.” No wonder.

‘Good thing Trillanes and I are similar. But I cured myself,’ Duterte bizarrely remarked.

He then added: ‘When I began a relationship with [Elizabeth] Zimmerman, I said, this is it. I became a man again.’

Zimmerman is the 74-year-old president’s ex-wife. They annulled their marriage in 2000.

In the lead up to the Philippines presidential elections last month, Duterte questioned the masculinity of several candidates, but focused on former Solicitor General Florin Hilbay. Hilbay was standing to be Senator.

At a PDP-Laban campaign rally in Cagayan province, Duterte said, ‘[Hilbay’s] girlfriend is Agot Isidro. Her boyfriend is gay,’ reports .

He went on to say Hilbay, whilst Solicitor General, had filled his office with homosexuals.

‘This son of a bitch Hilbay. He did nothing when he was solicitor general. He filled his office with homosexuals,’ he said. 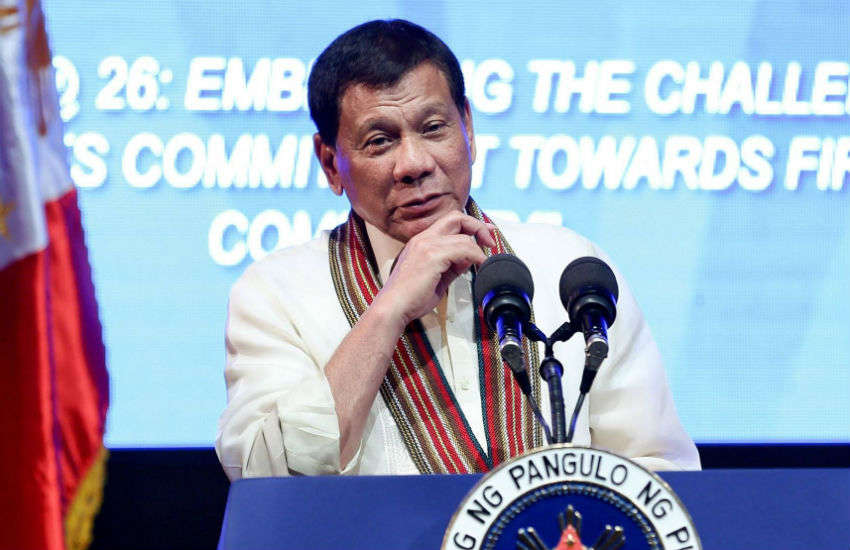 Duterte first made allegations about Hilbay’s sexuality at a rally the week before, when he said Hilbay merely ‘acted’ like a man but his girlfriend was fake.

‘Be true to yourself,’ Duterte said. ‘You’re gay. Don’t hide behind a cover. You were made by God. God made a mistake.

‘Just because he’s a God does not mean he is incapable of making mistakes,’ he said.

Hilbay then responded: ‘For the record, I am straight. But unlike the President, Agot and I are secure in our relationship and we don’t believe that anyone has to prove their gender and sexuality to anyone.

‘Unlike the President, Agot and I don’t see being a member of the LGBTQIA community as a mistake or source of shame.

‘If Duterte is a real LGBTQIA ally, he would know that coming out is the most personal and momentous decision an LGBTQIA could make. His display of bigotry is the reason why people choose to hide in the shadows, living in fear, instead of accepting their personal truth,’ he said.