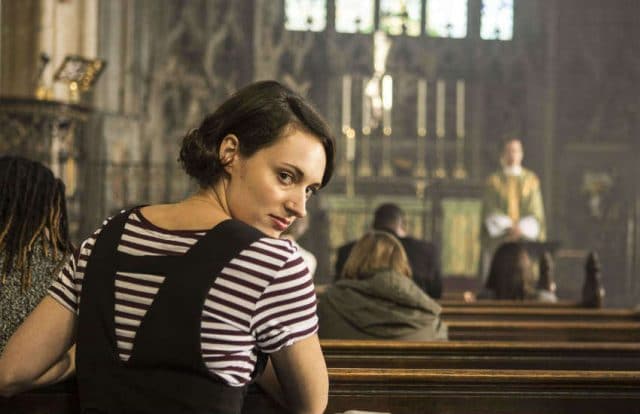 Fleabag star Phoebe Waller-Bridge has opened up on being gender-nonconforming when she was a child.

The English actress and screenwriter behind the multi-awarded series Killing Eve has revealed she used to dress as a boy. She also said she shaved her head and wanted her parents and friends to call her Alex.

‘I remember growing up up until I was about – when I was about 11, 12 was when I started dropping Alex, and I was Phoebe again. But I just thought they just had more fun,’ she said in an interview with NPR.

‘I just wanted to be out climbing the trees and wearing comfortable clothes. And, you know, it didn’t feel like it was for me. And a lot of my friends were really into the dresses and the dolls and all that kind of stuff. It just wasn’t my bag. And the only – and it just seemed so – you kind of had to choose one or the other at that time.’

‘And I just definitely wanted to be climbing the trees and that kind of thing. So I had a friend called Maria. And we both had really short and, yeah, shaved it at one point and wore boxer shorts and swimming trunks. And we were just boys,’ Phoebe Waller-Bridge also said.

‘I remember going into Gap once when I was about 7 and the guy coming up to me when I was with my mum and said, so what does the young man want? And I was like, yeah – convinced.’

She also said her parents were accepting and they would be even today.

‘I think my parents would’ve been exactly the same. You know, and they never had an issue with it. They never – they were just sort of like, sure. You’re Alex. Let’s take you to Gap, Alex. And I just remember it never being a problem,’ she explained.

‘I mean, there’s, you know, the tomboy kind of thing. I mean, I wonder now if I had back then – if I had – because I was very, very fervent about it when I was younger, as well. It was like I just desperately wanted to a boy more than anything else. If it had been taken seriously maybe by my school or something and I’d spoken about those options – those options had been given to me – I probably would’ve jumped at it.’

She furthermore added: ‘But I don’t think my parents would’ve been any different. I think they’re just like, live and let live. And so I was very, very happy being a girl dressed as a boy as long as I was allowed to express myself that way and allowed to change my name and stuff. They were like, yeah, whatever makes you happy.’

Waller-Bridge’s remarks sparked a conversation about gender-nonconforming and transgender kids.

Some British news outlets tried to sensationalize the story, using parts of her full interview.

‘Her comments will reignite the debate about whether tomboyish girls are being encouraged to see themselves as trans,’ an article in the right-wing British newspaper Daily Mail reads.

But fans of Waller-Bridge’s are not having it.