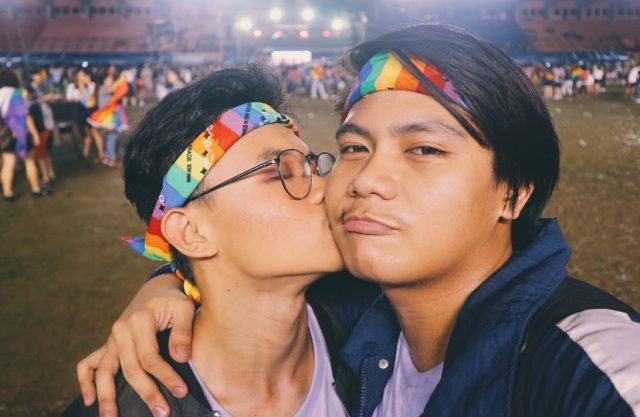 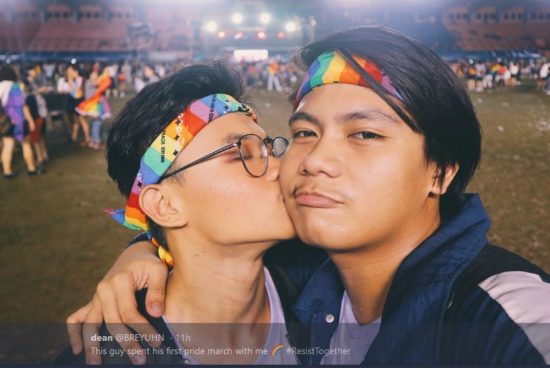 Great “pride outfits” keep popping up all over social media.

Part II of our series features more free people from around the world, in different cities and interpeting the rainbow pride theme in unique ways. These two lads (above) were at The Manila Pride March in Manila, The Philippines (above), the longest-running pride event in southeast Asia.

Take a look at some of the outfits that people wore to prides, and don’t forget to check back at GayCities for the final installment, all about WorldPride in NYC!

Did you know the largest pride festival n Florida is in St. Petersburg? This beach community near Tampa draws big crowds from the Tampa Bay area, and is also popular with visitors from all over the state.

Helsinki may be a pride destination in the near future. The city looks absolutely beautiful, and their pride is quite the popular party. Check out this aerial shot: 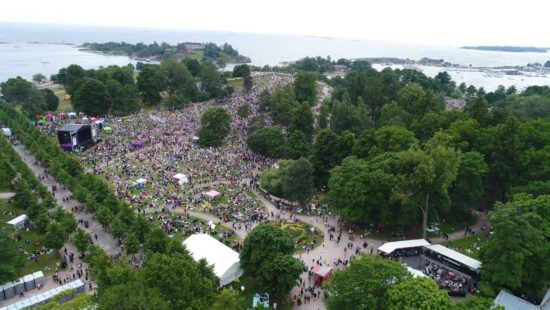 We interrupt this story about rainbow outfits to bring you these photos of Canada’s handsome and fearless leader, Prime Minister Justin Trudeau. Pride Toronto is one of the largest pride celebrations in the world, and Prime Minister Trudeau is well-known for attending the festivities every year. Long before he was elected to office, he attended pride simply because it was fun.

This year he also shared a moment with a fellow Canadian, RuPaul’s Drag Race Season 11 runner-up Brook Lynn Hytes, who giggled and flirted and most certainly did not waste a single moment thinking about her ex Vanessa Vanjie Mateo (scroll through the pics):

Imagine if the U.S. president marched in a pride parade, with a big smile because he was having fun, and had a friendly chat with a contestant from Drag Race. What a different world this would be.

Okay, no more dreaming. Back to the pride outfits:

He’s not wearing rainbow colors but who cares?

A lot of politicians showed up for pride parades all over the U.S., but only Kamala Harris arrived in a rainbow sequined, jean-cut jacket with her golden collar popped. Very nice.