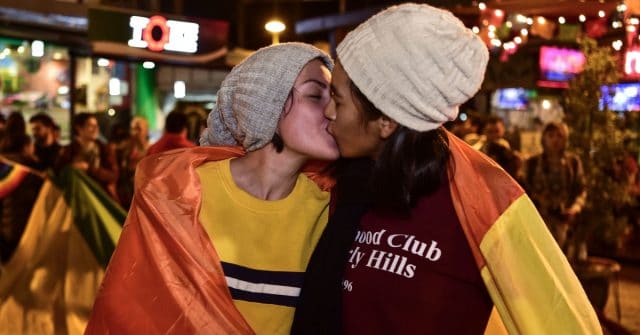 The highest court in Ecuador legalised same-sex marriage in the country on June 12, ruling in favour of allowing two gay couples to marry.

The constitutional court in Quito, Ecuador’s capital city, approved same-sex marriage in the cases of two petitions to wed.

The judges made their ruling in a closed hearing, in which four judges dissented but five approved the couples’ right to marry.

Ecuador has a population of around 16 million people.

The Catholic Church is highly influential in Ecuador, and the four dissenting judges argued that same-sex marriage could only be recognised if constitutional reform was debated in the National Assembly.

“It means that Ecuador is more egalitarian. It is more just than yesterday, that it recognises that human rights must be for all people without discrimination,” said Christian Paula, a lawyer at the Patka Foundation, which is giving legal advice to around 10 same-sex couples seeking to marry in the country.

Efrain Soria and Javier Benalcazar are one of the couples who had petitioned the court for their right to wed.

Soria told reporters after the decision: “I want to say hello to Javier, who is in [the city of] Guayaquil. Honey, I love you.”

Soria also urged other LGBT+ people to “enjoy the happiness that comes from being equal, like anyone else.”