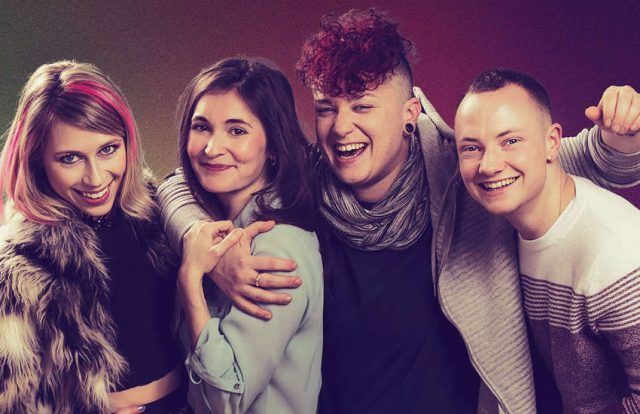 Two LGBTI actors on Saturday (8 June) were assaulted on the way to a performance in Southampton.

One stone struck one of the actors’ faces, according to a statement from the theatre company.

The theatre company canceled two showings of , an Olivier Award-winning play by Jon Brittain which tells the story of a young gay woman, at Southampton ‘s NST Campus.

‘They have sustained only minor injuries but are hugely shaken from this cowardly, homophobic hate crime’ Rotterdam wrote on Twitter.

‘We are devastated that this kind of behaviour is still so prevalent, a fact which reinforces the importance of this play’s message’ they said.

‘We are doing all we can to support the team and thank our audiences and colleagues for their support.’

, Parkinson was knocked to the ground after she kissed her partner and fellow actor Banatvala.

She said she heard young boys laughing as the car drove off.

Banatvala said she was left ‘really shocked, upset and angry’.

‘It’s made realise the importance of this play and stories like it,’ she said. ‘It needs to be seen as something that is normal and regular and isn’t something to be feared or attacked.’

NST director Sam Hodges said: ‘I am extremely sad that this sort of appalling behaviour is still happening anywhere, let alone in a city where we have worked so hard to promote a culture of tolerance, inclusivity and civic pride.’

Hampshire Police also said they were investigating and appealed for witnesses.

The attack comes just a week after a allegedly attacked a lesbian couple on a bus in London.