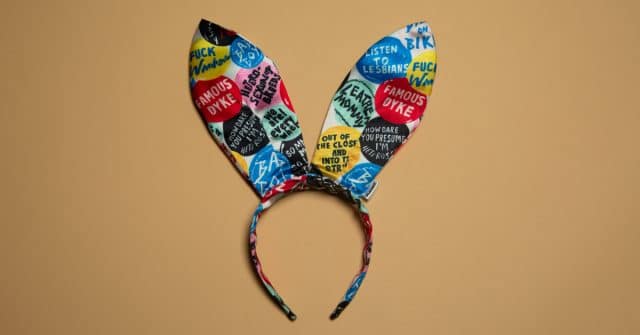 The new versions of the iconic bunny ears are part of Playboy’s long legacy of supporting gay rights.

The Pride Is Good campaign is raising funds and awareness for 50 Bills 50 States, an initiative of The Trevor Project, an organisation that supports LGBT+ youth.

50 Bills In 50 States works in the US to protect LGBT+ youth from being subjected to conversion therapy. One-hundred percent of the profits from Playboy’s new bunny ears will go to the initiative.

“Playboy’s core mission is to support the idea that everyone, regardless of their gender, sexual orientation, race or religion, should be allowed to pursue pleasure, free from judgment and restriction,” said Rachel Webber, Playboy’s chief marketing officer and president of corporate strategy.

“We stand with and celebrate the LGBTQ+ community, and we are honoured to support The Trevor Project, which for years has fought for the rights of this community and whose advocacy has been an important part of a successful movement securing the passage of legislation against conversion therapy in 18 states and counting,” she said.

“Playboy will continue to push for real policy change in all 50 states, and to remove the barriers to pleasure for all,” Webber added.

The Trevor Project is the world’s largest suicide prevention and crisis intervention organisation for LGBT+ youth.

Amit Paley, CEO of The Trevor Project, said, “An estimated 700,000 LGBTQ adults have been subjected to conversion therapy, with 350,000 of them receiving the dangerous and discredited treatment as youth – and sadly that number continues to grow by the thousands each year.”

“We’re grateful to Playboy for supporting The Trevor Project’s campaign to protect LGBTQ youth by ending conversion therapy in every state in the country,” Paley said.