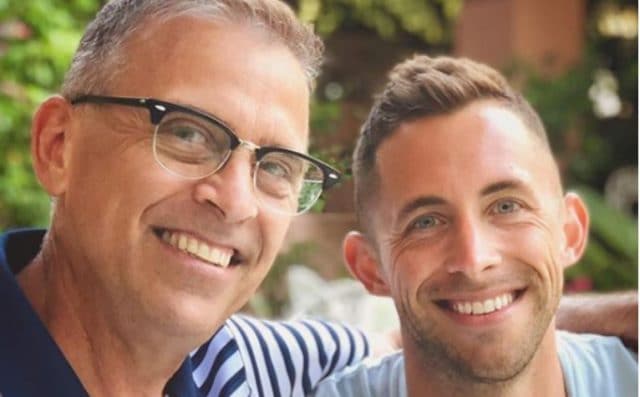 “The Dog and Pony Show,” a local political site by Cari Wade Gervin, claimed to have caught anti-LGBTQ lawmaker on the gay dating and hookup app Grindr.

Since he took office in 2011, Tennessee state Rep. Bill Sanderson (R-Kenton) has voted repeatedly in favor of legislation designed to harm the LGBT community. During that same time period, the 59-year-old Sanderson has also been openly soliciting sex with much younger men on Grindr, a gay hook-up and dating app, both from his home in West Tennessee and in Nashville.

“The Grindr and text messages I have seen do appear to be authentic,” wrote Gervin. “They use Sanderson’s real cell phone number. Sources confirm having been told about the messages at the time by their friends who received them. And one man I interviewed said he met Sanderson at his farm in Kenton.”

She also says Sanderson denied it all and begged her not to publish her story in an interview she also plans to publish. She writes: “[Sanderson] says he was not in an open relationship and told me that if I published this story it would ruin his marriage. He denied being either bisexual or gay or having ever sexually touched a man.”

Gervin also reports that local ABC affiliate, WKRN, conducted an interview in 2016 with a man who met Sanderson through Grindr but never ran the story, reportedly after pressure from Sanderson.

In January 2014, the gossip blog The Dirty published messages Sanderson allegedly sent to a male Vanderbilt student in which Sanderson writes that he is a “state rep” representing Obion, Lake and Dyer counties.

Earlier this week, it was reported that the anti-LGBT lawmaker has a gay son.

“Sanderson has voted in support of almost every anti-LGBT bill that has made it to the House floor,” Gervin reports at her blog. “Despite having a gay son with a longterm partner. Despite sending sexually explicit messages and pictures to men almost 40 years his junior.”

According to the son’s Facebook profile, he lives in Los Angeles and works at the Ace Hotel, reports Queerty.

Sanderson told The Tennessean he had to give up his seat in the state House of Representatives so he could better tend to his business — White Squirrel Winery. He also lamented the fact that during his time in the legislature this year he’d lost the fruit of 135 peach trees.

According to LGBTQ Nation:

This year, he voted to defend schools that refuse bathroom access to trans students, signed a watered-down anti-trans bathroom bill and voted to allow adoption agencies to discriminate against same-sex couples.

Sanderson’s campaign website states he “is proudly pro-life and pro-family … [and] is leading the charge to defend the rights of the unborn and preserve the values that have defined our families for generations,” adding that he “knows that our nation was founded on conservative, Christian values.”