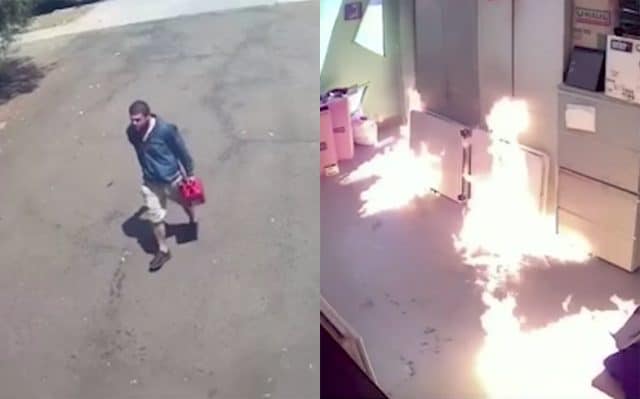 A man suspected of setting fire to an LGBT+ centre in the US has been arrested.

On 12 July, the one.n.ten centre in Pheonix, Arizona was doused in liquid and set ablaze by a man believed to be 26-year-old Darren Beach Jr.

No one was harmed in the attack, but essential resources including electronic equipment, food, personal hygiene products and camping equipment were lost in the fire.

The one.n.ten centre is a safe haven that serves LGBT+ youth and young adults aged 14-24. They aim to provide social and service programs that improve self-esteem and self-acceptance.

On the centre’s website, it says that Beach was a client on and off from 2013 to early 2016, when he became too old for their services.

Linda Elliott, executive director of one.n.ten, told AZ Central: “I mean, it’s one thing to have a fire, but it’s a lot more traumatising to have an arson.”

As Beach is a previous participant of the centre, the local police are not treating it as a hate crime, and Elliott adds that she hopes that Beach will be able to get the help he needs.

She thanked the Phoenix Fire Department and Police Departments, and also said that the community has been “incredible” and “from the next day until today, people have just been streaming in here, making donations, bringing supplies, buying things”.

The executive ended the statement on a nice note saying that “the sort of good news here is we had already started the build-out for our new youth centre back in early June and that will be completed in early September”.