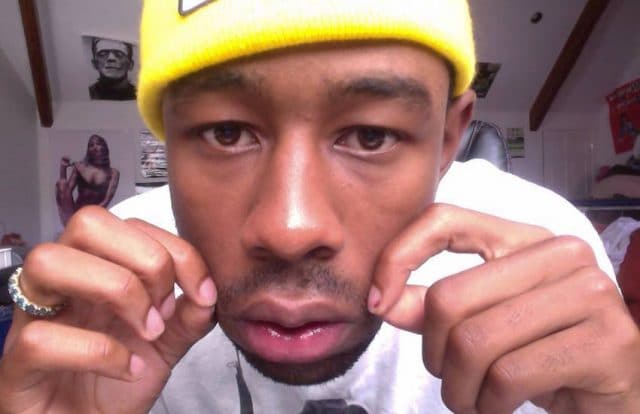 Rapper Tyler, The Creator was due to perform a surprise show today (18 May) in London, UK.

The secret show in Peckham, southeast of the capital, was his first after he was previously banned from entering the UK. Authorities banned him due to unearthed lyrics from 2009 which they deemed encouraged ‘violence and intolerance of homosexuality,’ according to the Home Office.

However, the Home Office confirmed it lifted the ban in February of this year.

He posted a picture of himself in a color-block suit and a blonde wig standing outside Buckingham Palace.

Later today, however, the singer posted another tweet claiming police cancelled the show.

Fans are posting videos and encouraging the rapper to move location.

The artist, whose real name is Tyler Gregory Okonma, released his fifth studio album called Igor on 17 May.

Despite having used homophobic slur on multiple occasions in the past, fans believe Tyler might be gay or bisexual himself.

The Who Dat Boy singer opened up about his sexuality in an interview in 2018, after first addressing the subject on his 2017 album Flower Boy.

‘It’s still such a grey area with people, which is cool with me,’ he said, speaking about the response to the lyrics.

‘Even though I’m considered loud and out there, I’m private, which is a weird dichotomy. The juxtaposition of loud and quiet is weird.’

This is why Tyler, the Creator asked Jaden Smith for d*** pics