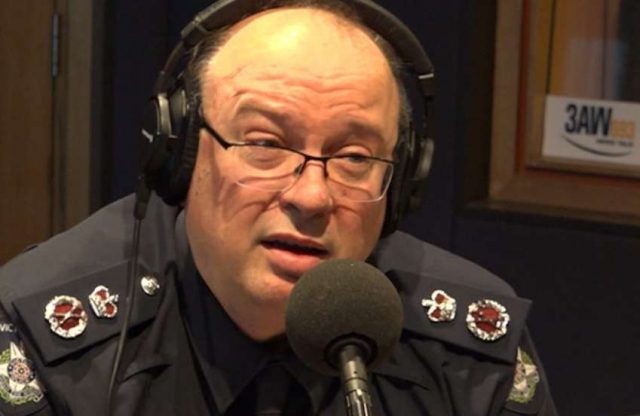 The state police chief where a botched raid on a LGBTI bookshop that left a man with serious injuries has defended his officers’ actions.

In the early hours of 11 May, . It is a beloved LGBTI icon in the Australian city of Melbourne.

Police apologized for raiding the bookshop and breaking the arm of gay party promoter, Nik Dimopoulos, in three places. He might not regain use of his arm.

Victoria Police claimed officers were looking for a crime gang and a wanted carjacker. But bookshop owner Crusader Hillis claimed police did not identify themselves. So Dimopoulos tried to escape because he thought it was a homophobic home invasion.

‘At no stage did they identify themselves as police. They just stormed into a dark room shining torches and it was impossible to identify them as police,’ Hillis wrote on Facebook.

He made the comments in response to accusations of police brutality by state politician and LGBTI ally, Fiona Patten.

‘Yeah, that’s not what Victoria Police do,’ Ashton said.

‘Police are out there day in, day out, getting punched, kicked, spat on, ragdolled, rammed, and they’re doing that on behalf of the community.

‘I’d just ask for a bit of reason to be brought into that thinking, and that discussion, because that’s just so unhelpful for our police.’