Home Gay Life Police On The Hunt For 2 Suspects After 3 People Stabbed Inside... 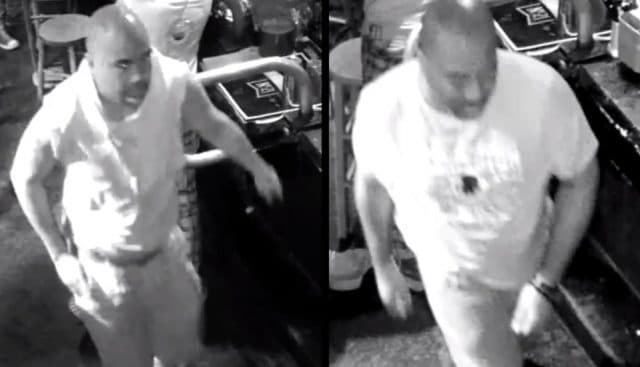 D.C. police are seeking help from the public in identifying persons of interest after three people were stabbed at a D.C. gay bar in the early morning hours of Sunday, June 16.

According to a statement released by The Metropolitan Police Department (MPD), the two persons of interest and the victims “were engaged in a verbal dispute” inside the Fireplace on P Street, N.W., near the corner of 22nd Street at approximately 1:42 a.m. on Sunday, reports The Washington Blade.

The subjects were captured by the establishment’s nearby surveillance camera.

The victims were taken to a nearby hospital and treated for non-life threatening injuries.

MPD has released black and white surveillance footage that captured images of the two suspects, which can be found below. Anyone with information is asked to call 202-727-9099 or text the MPD’s Text Tip Line at 50411.

The incident occurred around the same time a gay couple was brutally attacked in the city by a mob of men who also hurled anti-gay slurs.

Three people, a 19-year-old man and two younger teens, have been arrested in connection with that crime.