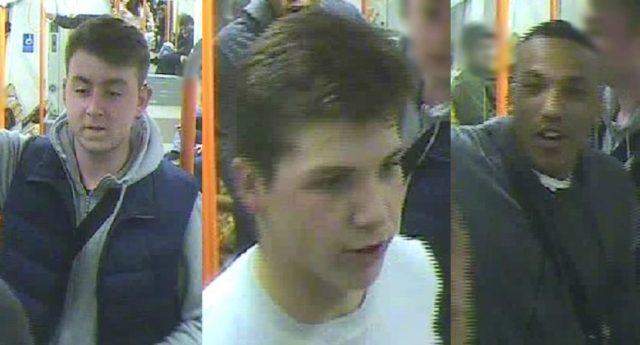 Police are appealing for help after a man was subjected to homophobic abuse on a London train.

British Transport Police put out a plea to help identify three men in connection with an incident on a London Overground train.

The victim, a 21-year-old man, was on his way back from a concert with friends when he was targeted for abuse on board an Overground train from Highbury & Islington to Willesden Junction.

British Transport Police said: “We’re appealing for your help to identify a group of men we believe can help our investigation after a passenger was subjected to homophobic abuse.

“Officers have conducted a number of enquiries and are now in a position to release CCTV images of three people they would like to speak to in connection with the incident, which took place around 10:30 PM on Friday 31 March. Do you know who they are?”