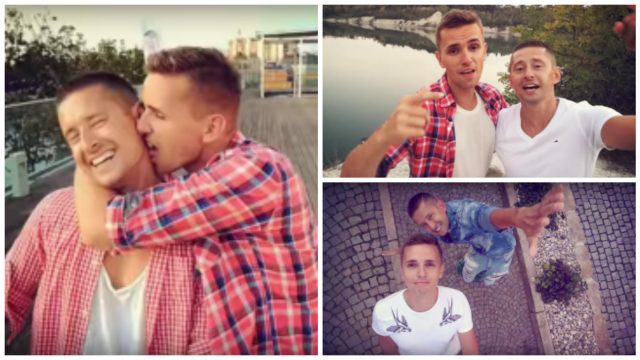 We first met Jakub and David through our blog Roxette Says “Nice One!” To Gay Couple’s Lip Sync Of “Some Other Summer.”  The boys did a great job on the video, lip synching, and even earned the praises of the artist.  Unfortunately, where there are lovers, there are haters and we shared Polish Couple Threatened After Their Roxette “Some Other Summer” Video Went Viral.

So what do you do when you ride the high and then feel a little defeated.  You don’t let the lows outweigh the highs and you do it again.  And that is what Jakub and David did.

After their “coming out” video for Roxette song had gone viral some time ago and [Jakub and David] faced some threats in their own country, they said they would never publish any video again.

Luckily they changed their mind and they did it again! “We didn’t expect our video to become so popular and we just weren’t ready for all of it,” David said.  “We had some really bad moments but we survived with a huge help from our families and friends and they encouraged us not to give up.”

That was the moment they really “needed somebody” more than ever and that’s why they chose RedOne’s hit single “Don’t You Need Somebody” for their new video and invited their friends and family to take part in it.

“We grabbed our best friends without any sexual segregation,” Jakub explains.  “They are gays, lesbians and straights and there’s even David’s mom among them. We just wanted to show that everyone needs somebody – no matter if it’s a boy or girl, gay, lesbian or straight. What really counts is love.”

They shot video during their holiday in a few locations in Poland, Italy and Czech Republic. Some of their friends sent also their recordings from UK, Germany and Croatia. It looks like they all had a real fun doing it and video gives really good vibe to this party song. Can the boys make the magic happen again? We will let you decide.

I think they did.  The first song kept a smile on my face throughout the entire video.  This RedOne sequel made that smile come back.  The selection of the song was great, too.  A nice upbeat song about loving someone and needing someone.  Bye haters.

Jakub and David’s video follows the same idea that RedOne had to reshoot his own video.  Both videos show friends supporting each other.  Love is love.  True friends are true friends.  Family is family. Good job guys.  I’d be in favor of seeing another video in the future.

Do you want to see Jakub and David in future videos?

Or have they shared their message and two videos is enough?

Let us know below.

RedOne – Don’t You Need Somebody [Friends of RedOne’s Version] 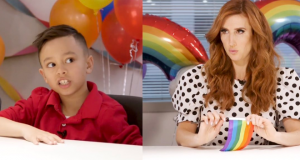 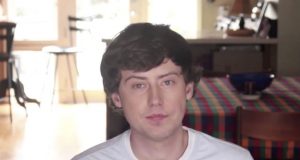 WATCH: This Russian violinist comes out as gay in heartbreaking viral...

Nick Gayer
0
'If anyone in our family turns out to be gay, my family should kill them with their bare hands' Russian violinist, Artem Kolesov came out...