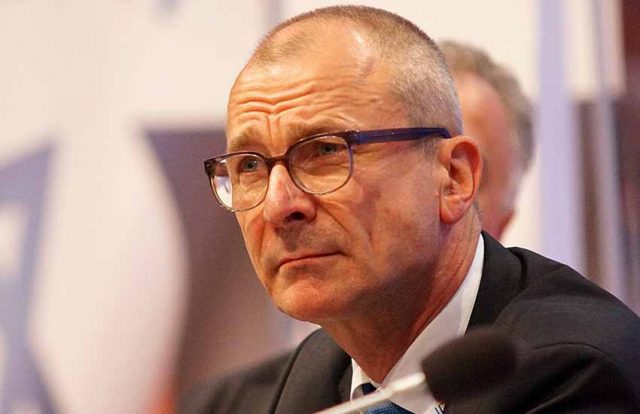 An out gay politician has sued Germany over its failings to establish marriage equality.

Volker Beck has been representing the Green Party in the German Bundestag since 1994.

He has been campaigning for same-sex marriage since 1992 and is sometimes referred to as the father of Germany’s civil partnership law.

And he is really fed up with the government’s refusal to vote on marriage equality, although they debated the matter nearly 30 times in the last three and a half years.

So at 10am today (18 May), Beck personally delivered an action against the Bundestag to Germany’s Federal Constitutional Court.

He delivered it on behalf of the Green Party.

‘It’s time to make a real job of it, for the recognition of equal dignity and rights for homosexual people, too,’ Beck said on his Facebook page.

‘The adjounrment of the draft laws to abolish the marriage ban for same-sex couple, from the beginning of the parliamentary term to its end, is gross and unconstitutional abuse of the coalition government’s parliamentary majority.’

He quotes an article in Germany’s constitution which clearly states the Bundestag has to debate all drafts ‘in an appropriate period of time’.

Normally, procedures in the court take about one year in a majority of cases.

But the Greens requested the court’s judicial committee be assigned to the case.

If this request is granted, the Bundestag could have an open vote on same-sex marriage before the country’s next general election, which will be held on 24 September.

Same-sex couples in Germany can only enter civil partnerships. They can only adopt together through step child adoption.