“We know from the amount of professionals that there has to be players who are gay, but feel they don’t want to come out.”

The world of professional soccer is currently suffering from a lack of LGBT representation, with zero openly gay players on any major team in the UK. But the new edition of the popular computer game Football Manager is shaking things up by allowing players to come out of the closet for the first time.

The spreadsheet game lets players manage all aspects of a soccer club and will allow fictional athletes—which the game generates to replace real-life players when they retire—to come out as gay at press conferences.

“Part of the reason we decided to do this is because there are gay footballers,” the game’s director, Miles Jacobson, told BBC Sport. “We know from the amount of professionals that there has to be players who are gay, but feel they don’t want to come out.” 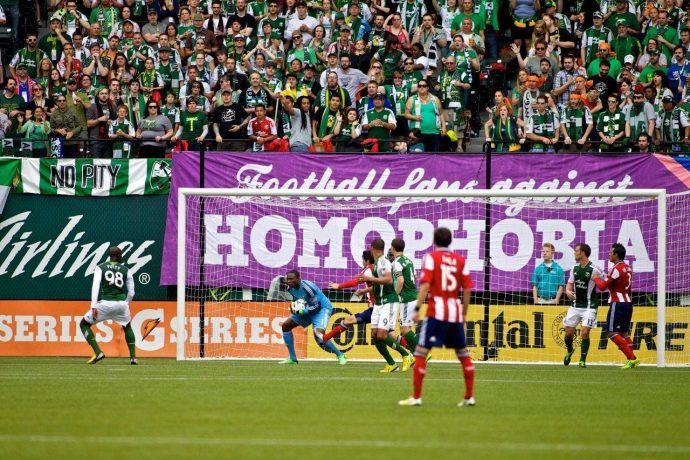 Earlier this year, the UK’s Football Association announced it that it was actively seeking out closeted players and offering them support in coming out publicly, but not a single gay player responded to the outreach.

And although a number of pro-players have come out as gay in recent years, including Germany’s Thomas Hitzlsperger, most have only revealed the news after retiring from the game.

Jacobson is hoping that adding the option for players to come out in FM2018 will be one small step in normalizing the idea of gay athletes within the sport.

“I find it weird that it’s still a problem in football so we decided to try and show people that coming out isn’t a big deal and can be a positive thing,” he said. “”I just think it’s crazy that in 2017 we are in a world where people can’t be themselves.”

Football Manager 2018 will be released on November 10.